K.O Rolls With the Punches

Mr Cashtime on hard lessons, never looking back in anger and why 2019 will be his year

K.O is as laidback in real life as he is in his videos and songs. If you haven't seen his videos think Rick Ross sitting on a throne topless, and if you're unfamiliar with his music imagine a flow like words trying to pull themselves out of honey. Also, where have you been?

Mr Cashtime is a man for whom the word 'luxe' seems to have been invented, which doesn't mean he's only here for the good times and this year has seen the release of an EP and more recently the single 'ELOY' off of his upcoming album.

Born Ntokozo Mdluli is Soweto and raised in Piet Retief, Mpumalanga, K.O has built a legendary reputation. The multi-award winning rapper originally from famed hip hop group Teargas is a pioneer of urban street culture and determined to build something that will last. It's the lessons learnt over the last three years that have set him up for the next stage of his career.

"For us, me being here isn't so that I can settle and be comfortable. I need to push boundaries. It's not just for me but the other homies as well. Look at Cassper, the fill-up situation, we need to find our own individual paths where we can push the envelope. To make sure that the reach for South African artists isn't just within these borders, it needs to be global. Like we dabble, we go outside, but we're not living there, killing it like a Coffee type of situation. We not doing what Trevor Noah is doing. We still have to come back here and run within this situation. Going into 2019, the album that I'm working on, the target is to make myself a fixture outside of South Africa."

Sadly, many of the rappers of K.O's vintage who pioneered turning hip hop into a mainstream genre in the country are no longer with us. This year has had its fair share of heartbreaking losses, and with losing HHP and ProKid is there a sense of obligation in helping other rappers?

Does this take away the hunger that comes with having to fight for space where none previously existed? After all, when K.O came up with Teargas there was no one to help them.

"I think the beauty in not having a role model is it allows for you to create the blueprint. As taxing as that might have been for us, and we could have easily lost patience, but because of our resilience and passion we were able to make some of the best music this country has ever heard. It came from a place where I just wanted to get in and make my mark. I didn't want to be famous or be that guy with the cars and women."

Despite his fame and success there's a level of perspective that probably comes from being in the industry for as long as he's been. There's also an element of groundedness that's integral to the man. The past few years have been a time of great highs, but also the collapse of his record label and the mudslinging that occurred in its wake. Speaking about it with a tinge of regret, but also a sense of acceptance, the future is the only thing that seems to occupy the skhanda gawd's mind right now, who has maintained a level of output that keeps him near the top of the game.

"In 2019 you gonna see us do a whole lot more. Shit collapsed with the first model. It was so dependent on me. You can't be babysitting artists. We're all adults and everyone needs to be able to stand on their own two feet. Even if it didn't happen in 2016 it was gonna happen in 2017 or 2018. Eventually I was gonna have to be like, 'I'm not gonna touch your album, I'm not gonna be in your video, you can't leverage off the K.O brand. Like, what can you do as your own man?' It had to happen and unfortunately it hit me hard, it set my brand back, but you live and you learn."

K.O understands that this is as much a part of the game as dealing with fans. Everyone is watching, and the amount of attention that K.O receives is intimidating. Our shoot is punctuated by shouts of "K.O!" from school girls walking by as well as the men playing soccer in the park opposite the taxi rank. Constantly stopping for a stop-and-greet, taking photos with seemingly all of Johannesburg, K.O takes it all in his stride and never misses a beat. To him it's "part of the job, bro."

And it's this same calm energy that extends to his wardrobe, where just like his music there's an acute understanding of how to put a complete package together.

"It's how the whole ensemble comes together. Like, I can do Supreme and whatever but I'm not a hypebeast. You won't see me walking around dropping 100k on Gucci. That does not mean you have style, and it doesn't define my style. I don't play that game. There's a lot more I can do with 100k."

How does this extend to his partnership with Japanese sportswear brand Asics?

"Asics is a brand that I've always just messed with. Streetwear is my look. I never used to think about it, it just came organically. They understand my brand and respect my value. They don't wanna be Nike or Adidas – they wanna be Asics. They wanna play according to their rules and when they look at me they find similarities between our two brands."

In his own words the 'Swagganova' rapper describes himself as "heavily guarded", but shooting in and around the taxi it's like a switch has flicked and he gives off an indomitable charisma while throwing out poses and opening up to the process. By the end of the shoot there's a mob of people surrounding us, all wanting a photo with K.O. Smiling, as people push and shove for their shot he continues posing in the taxi with the entire crowd jostling around him. K.O draws people in and despite his celebrity status he's a man of the people. And the people love him for it. 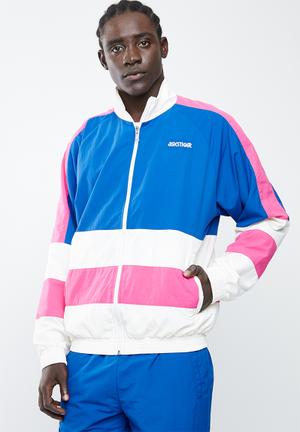 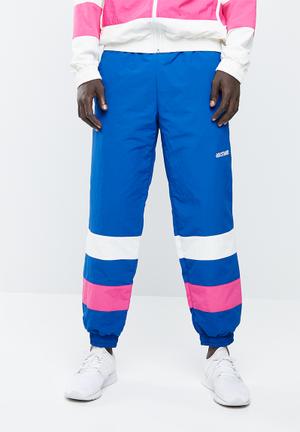 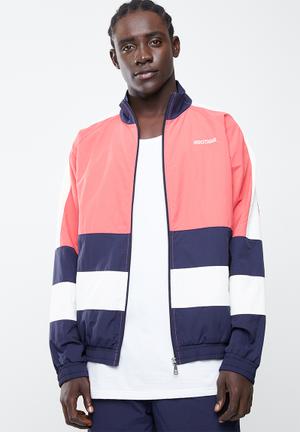 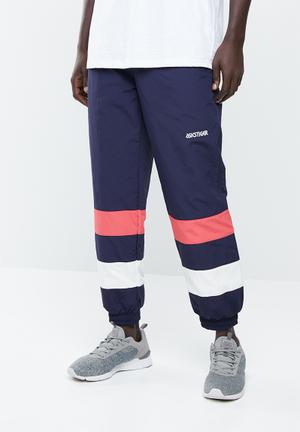 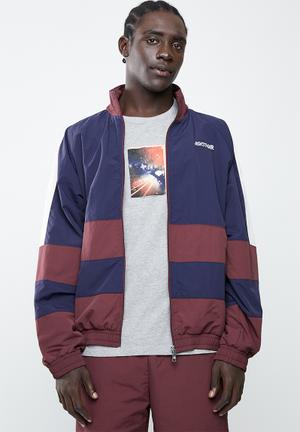 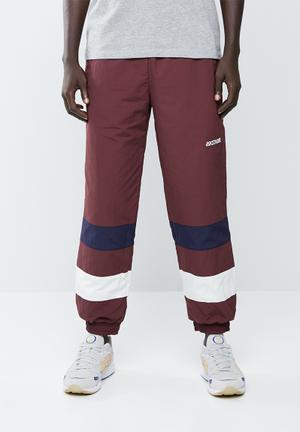 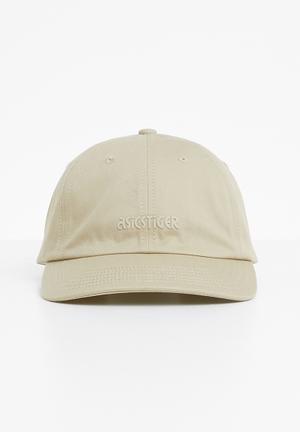 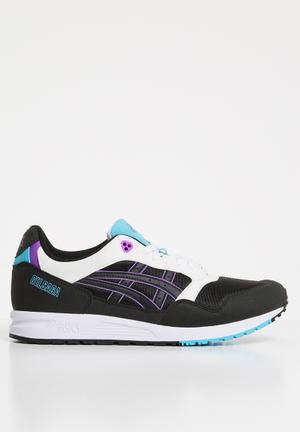 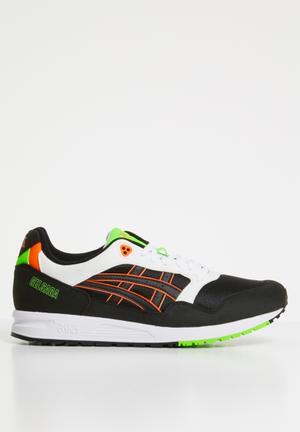 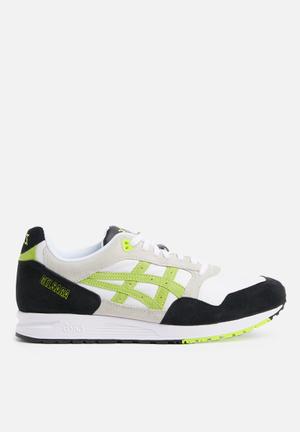 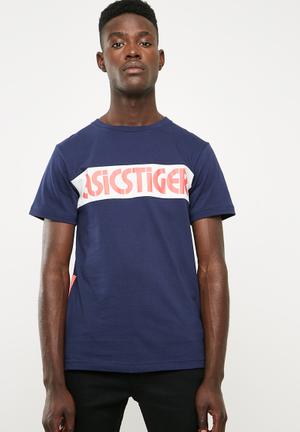 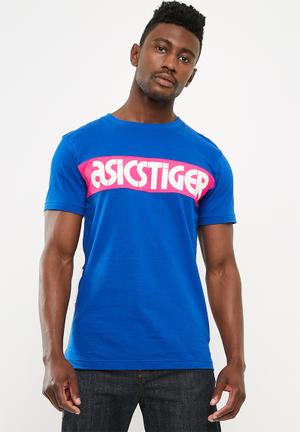 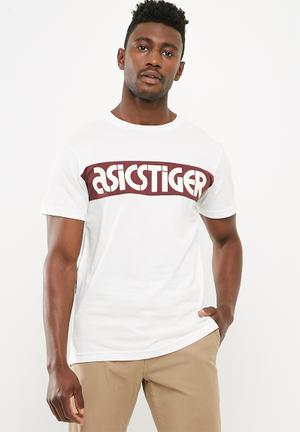 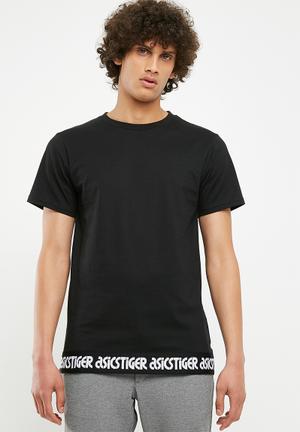 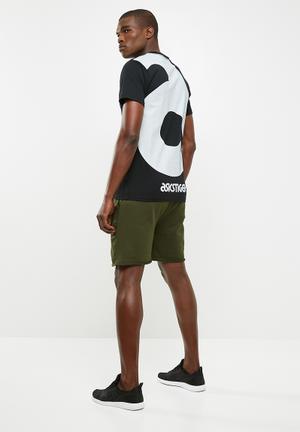 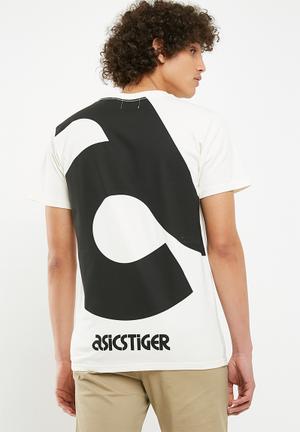 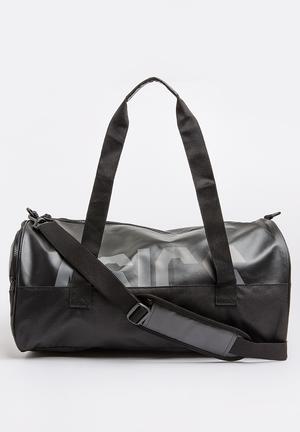 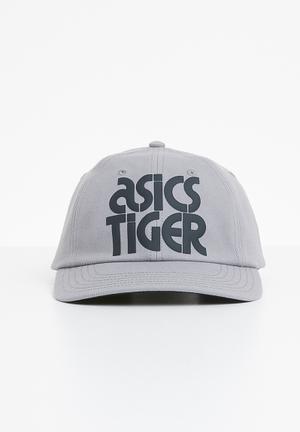 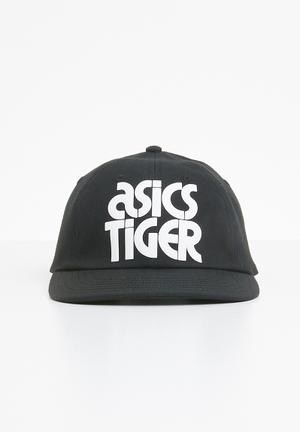 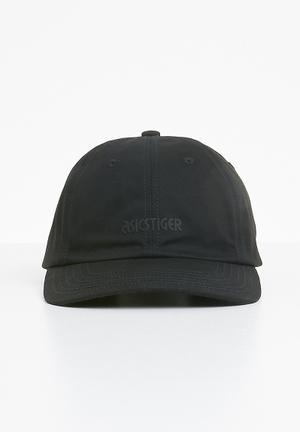 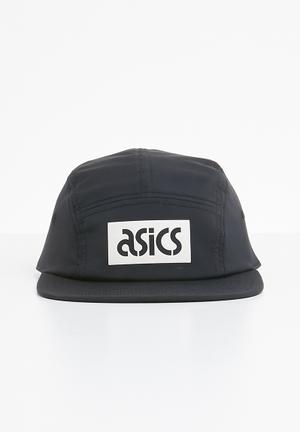 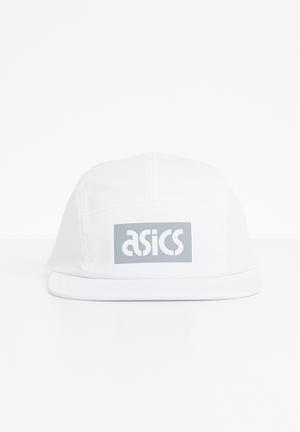 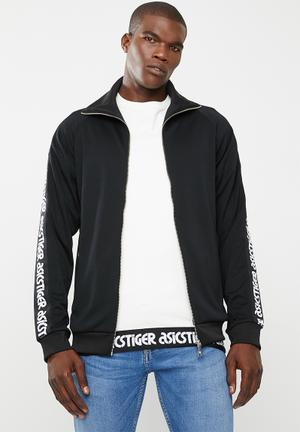 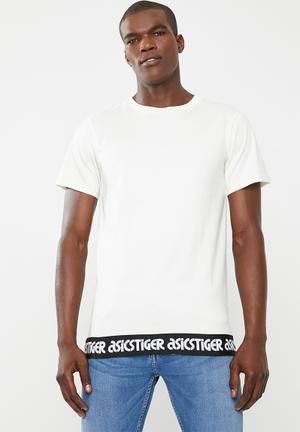 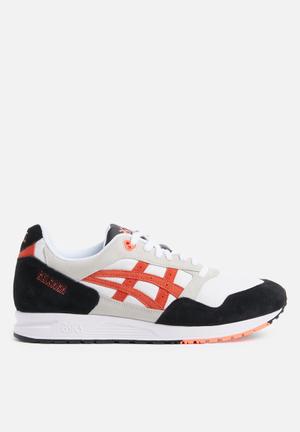 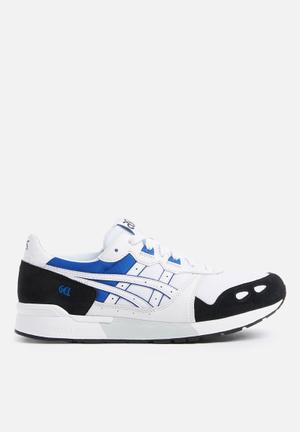 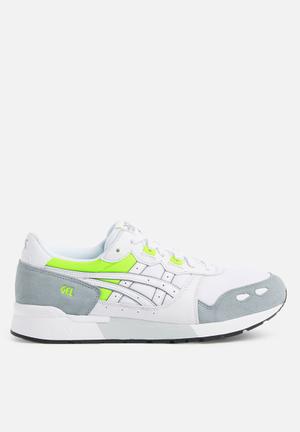 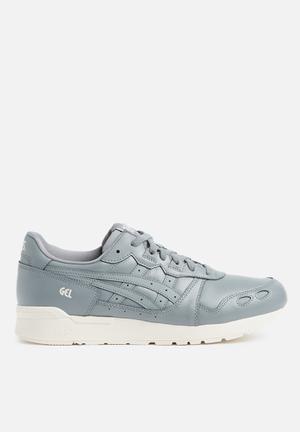 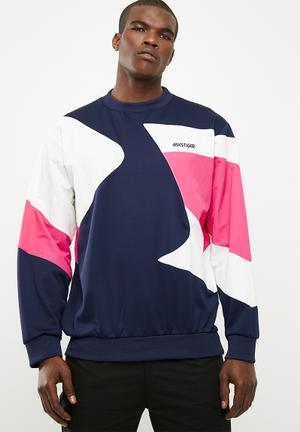