Superbalist uses cookies for the best shopping experience. Cookies may have been disabled due to an error. Manage your cookie settings in the browser settings.
GOT IT
03.10.2017

The singer's success isn't all that makes her exceptional

The name ‘Shekhinah’ references "the glory of the divine presence" in theology and feels fitting for the 23-year-old singer currently riding a wave of success. Her exceptional talent, relatable way of being and unique aesthetic means that this is her moment.

The musician is part of a new generation of artists who do not sit neatly in one category – widening existing genres by pushing boundaries and creating music on their own terms. Blending multiple forms of dance, electronic, R&B and soul, Shekhinah’s sound sensibilities appear to flow seamlessly into her style, which merges several looks.

The Durban-raised singer has come a long way from the schoolgirl introduced to South Africa’s consciousness when she sang ‘Can’t Take My Eyes Off of You’ before the Idols judges in 2012. The checked shirt, striped tee and jeans she wore then have not been entirely replaced but rather upgraded. Shekhinah has zoned in on a style that has elevated the pieces she grew up wearing, removing some elements, and enhancing others. Our style journeys often document the ways we evolve as people – growing in our knowledge of ourselves, who we want to be, and how we want to be seen. 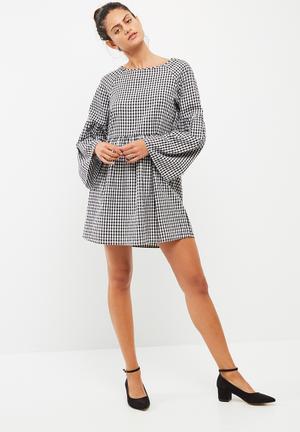 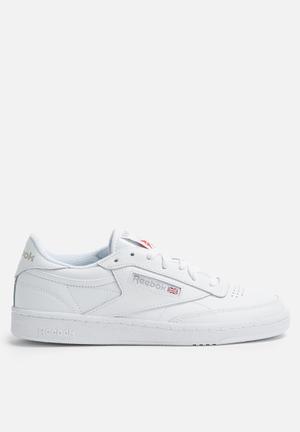 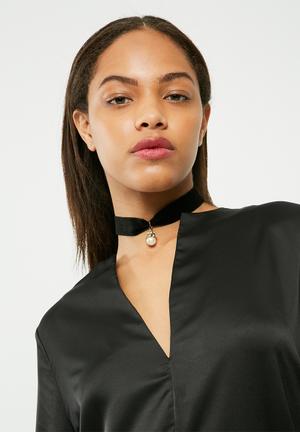 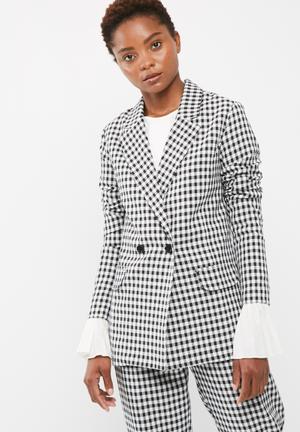 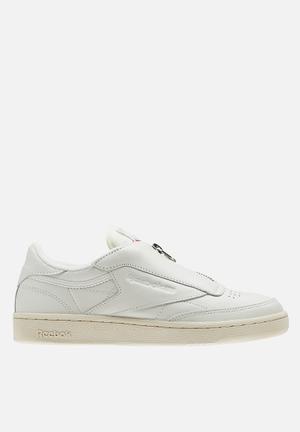 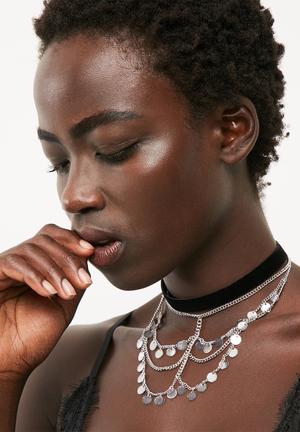 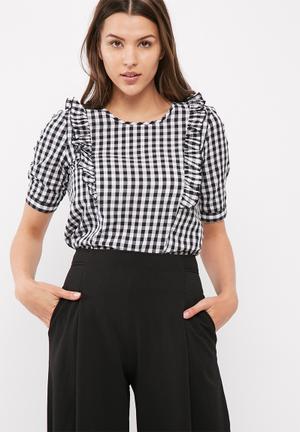 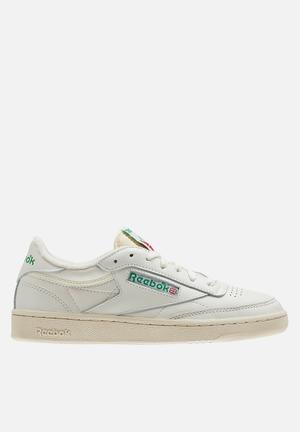 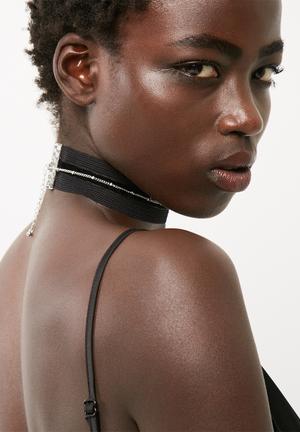 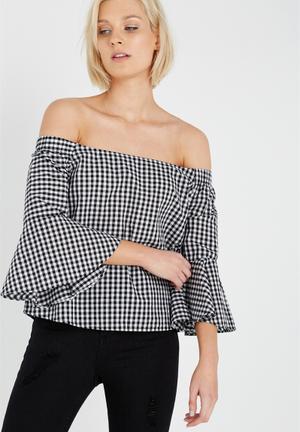 Abbie off the shoulder top 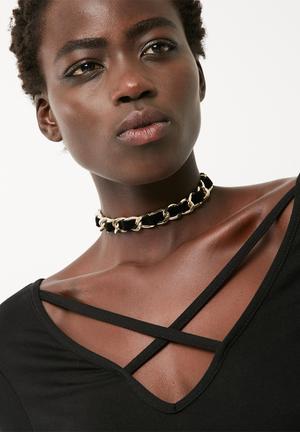 Shekhinah laughs, commenting on the shift in her style: "I’m not such a tomboy anymore. I used to be such a tomboy, I was so influenced by Baby Milo. I was really into the huge DC sneakers with a tongue that has colours all over it, very colourful skinny jeans, and T-shirts – because obviously being chunkier than the rest of the girls, you think that you need to wear a T-shirt."

I know the feeling. Durban, or the coast in general, can be a challenging place to grow up. Booty shorts, slops and bikinis abound – accessorised by the mentalities attached to fashion’s beauty ideals. We live in a world that dictates what kinds of bodies can wear particular clothes, and even as those ideas are being defied and opposed, they seep into our consciousness, the advertising that bombards us, and the stores that we frequent.

Shekinah's evolution is clear while watching the video for the first single from her upcoming album, Suited, which has almost a million views on YouTube. It was only posted six weeks ago.

The song explores her relationship with boyfriend, Lungelo Xulu, who is a fashion designer, stylist and certified cool kid. Lyrics like "Tailor-made, I’m glued up on my lover" reference their synergetic partnership, finding their emphasis in his-and-hers maroon Doc Martens, worn in the video. Cinema meets reality in one of the video’s looks, where Shekhinah wears a textured millennial pink sweatshirt, made by Lunga – accented with nude lipstick and the kind of precision eyeliner that can cause heart attacks – while playing the arcade games from which Xulu’s label draws its name, Moochini.

"It’s really nice that Lungz sews", she says, "He made he made five different shirts in two hours. They're all the same, but they're different colours and different vibes. That’s easy for me."

Shekhinah adds: "Because I’m a musician, versus like a Boity or a Minnie… they are always selling something different. But with me it’s always the same music, the set is not gonna change. I get to constantly wear and represent myself. So I can wear five shirts the whole weekend, but they can be different kinds of shirts, and I don’t have to fit into someone else’s idea or look."

Right now, Shekhinah wears a black and white checked, round neck dress with white Reebok Classics and pink socks. It’s a look she shopped on Superbalist, and appears effortless, suffused with cool and radiating comfort.

"I got Reebok Classics and then I kind of mixed them with this dress," Shekhinah explains, "I chose the dress because I could see that I wasn’t going to have restrictions around the areas of my body that I have issues with. I think sometimes when you have weight issues you don’t think that you can shop online but I’m really in love with this dress."

It’s a reality that retailers have to face. Our world is not built for all bodies. From stores to streets, catwalks to coffee shops, fashion and other websites are being challenged to expand their range, variety and traditional mindset – which continue to spin on skinny. Possibilities, creativity (and our bodies) are bigger than the narrow confines of the industry.

This generation, like the ones before it, claps back at the dominant culture. Like Thickleeyonce, firing off a tweet that stated "I don’t like you" to a guy who placed her picture alongside a skinnier model with the demeaning caption "the girls I like versus the girls that like me". This generation is stating, "I don’t like you" to the dominant structures of this world.

For Shekhinah, owning herself is everything.

"That’s a big deal to me", she comments, "Being true to yourself means so much to me – because everyone will like to tell you who you are, what you are, how you act, how you should do things. But only you can truly govern who you are, what you do. Thickleeyonce, she is good at that. Just that reply, that "I don’t like you", it answers everything. You think that because I’m this type of way now I’m into you? That’s been my whole life. It’s always important to me to have my own kind of thinking."

Shekinah's journey to considering style is a growing one. "But I’ve become way more girly in my fashion sense and more concerned about fashion", she says. For many of us, style is a process – for different reasons. "I wanna experiment more with makeup maybe and do cooler things with it, but with my clothes, it’s really a slow step that has taken me time to get here and now I’m interested in it."

Shekhinah is known for her striking make-up, which always leads her looks. Her face is beat AF. "It’s makeup and then its hair and then the rest has to fit in", she says. Neo Nontso, the artist she prefers, has collaborated with Shekhinah in creating a signature look, rooted in a strong brow, full lashes, and killer contour. It’s a look that dominates Instagram and YouTube tutorials – but when combined with her style sensibility, it creates a unique result. No one looks like her right now. There are few people who achieve that in Joburg, a cit that seems to be pulsating with the search for uniqueness.

In a recent interview with Moozlie, the style slayer gave props to Shekhinah. "I am loving this new aesthetic of hers… and she’s not even trying". That's major recognition from someone known for killing looks daily.

While ‘Back to the Beach’, the song that reintroduced Shekhinah to us, is rooted in more Durban-esque sensibility, her style has been heavily influenced by Johannesburg, as well as her personal style icons: the singers Kehlani and Tamara Dey. "Being in college in Johannesburg was not like being in college in Durban", the singer says. "Moving to Joburg, the culture of fashion is intense, whereas, in Durban, you go to work however you go to work. I was truly inspired by living in Auckland Park, to switch it up. Thank God for Auckland Park."

Thank God, many of us would add, for Shekhinah. Her music is sound-tracking many of our lives, merging relatable lyrics with a voice that demands that you pay attention.

It’s fitting in an era in which music has become even more visual. Moving beyond the introduction of the television, followed by the music video, we are granted more access to the artists whose music defines our lives through Instagram, Twitter and other forms of social media. At every performance, hands in the air are attached to phones, capturing memories and redefining how we experience events. The link between visual culture and self-expression even tighter, and the word "brand" now refers to people, as well as companies.

"I’m not there yet, you know. There will come a time where I will become super conscious about always being Shekhinah, but right now I am not there, honestly, I still have so many other things that I want to achieve to make the brand stand out more and be better and until then, I am just like everyone."

Spoiler alert: Shekinah is also not like everyone. With her album Rose Gold releasing this Friday that will become even more clear. The evolution of Shekhinah, from style to music and personhood, is far from complete. Bearing witness to this process is – like her name suggests – glorious.