Adulting is never fun – and, according to most pop-culture authorities, Cosmo, Man Repeller and, er, Google, we should also probably toss the actual word away.

I, for one, am still waiting on that sage adult person to show me all the great things about being an older human. To me, adults are people who carry large tote bags, make detailed grocery lists, and can eloquently communicate their grownup feelings. I, by that criteria, am not fit to ride that particular roller coaster. This is why I can then appreciate the desire to dress childishly, in a naïve and playful fashion.

There's an ease – a disregard for hard-boiled notions of responsibility and maturity – that comes with dressing like a fashionable toddler. Nostalgia has a way of worming its way into the way people dress - what people wore in an era, the mood of a period or simply the fondness for one's childhood. It's this love for the past that helped in the birth of the 'Kidcore' trend of 2015.

Described as 'your baby clothes made into adult sizes' by the artist Matt Starr, the movement never originally set out to be a trend. It was seen as nothing more than a digital art project, but with the popularity of mini-trends, social media dissemination and the tendency to glue '-core' onto words, it found an unprecedented relevance and reputation. When you think about the media's strange fascination with Millennials and teenage girls, this infantile mania shouldn't come as a surprise. And when we talk of this trend’s influence on clothing in 2017 what makes it different to its predecessor is a distinct sophistication. Like your inner toddler and Barbie have grown a couple of years.

The clothes are styled and worn to imply a naive and playful nature but are not literal infant clothes for adults. 'It’s not a new trend,’ says Jennifer Wright of Racked.com, ‘but it’s perhaps especially appealing in this age where adulthood seems passé.’ She continues: 'being an adult woman, with the competence that implies, isn’t looking so great for women in 2017. Easier, it seems, to look like you wandered out of playgroup in a onesie.'

You might not realise it, but 'Babyluxe' as we’re dubbing it, has more than a few influencers who embody its youthful essence. From the reputable blogger Susannah Lau to Lil yachty, Nicki Minaj 2.0 and her stylist Maher Jridi, pint-sized Ariana Grande and even the Jenner sisters. Those candy-coloured wigs Kylie loves so much and her itty-bitty outfits are totally kiddie-approved. Katy Perry basically builds her entire wardrobe and stage persona around it. Seriously. Jack Antonoff will probably be buried looking like a sixteen-year-old and even his girlfriend, Lena Dunham, could be included on this list for her rompers and IDGAF way of dressing.

What makes the brands driving the trend remarkable is that this irreverence is often intertwined into their ethoses. It's only recently that this playfulness has fallen back into fashion. We wouldn't even be able to whisper about childlike dressing without mentioning the ubiquitous Gucci. Like Dolce and Gabbana, Gucci prides itself on its naive and fashionably garish prints and looks. The shows are like one big dress-up party. Prada and Miu Miu have been using plush teddy bear textures in pinks and nursery blue colours for a few seasons. And those 'pretty ugly' furry slippers have to be mentioned as well. Fendi is another guilty party with their sugary SS17 show, opting for a doll-like display of ribbons, glittered lips and pigtails. Then we have Jeremy Scott. Scott has been the purveyor of seemingly tasteless yet ingenious garments at Moschino since his appointment in 2011. Even Chanel dabbles in the toddler arts from time to time. Um, yes they do, they had a supermarket and a life-sized rocket at their shows.

What's happening on the SS17 and fall runways is this infatuation with oversized everything and millennial pink anything? From massive, nasal-crushing sunnies, to extended sleeves that hide hands and micro-shorts. The silhouettes are extreme. And items billow. Shoes with pom-poms and colourful fuzzy coats are part and parcel of this trend, then come frocks in pretty pink shades and graphic tees with fun buzzwords.

As the noughties have come back into fashion once again, soft tracksuits, tiny purses, lip gloss and mini-skirts are reacquainting themselves with people's taste buds. Slogan tees and puffy grandma sleeves are having a moment. And in line with carefree dressing, there's a special emphasis on the use of primary colours including those of the neon variety. 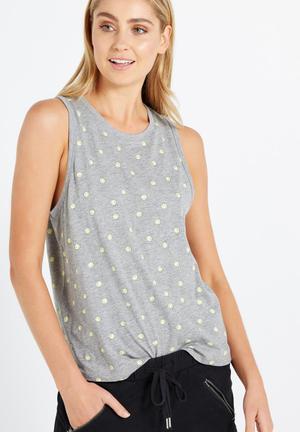 By Cotton On R79
Quick View 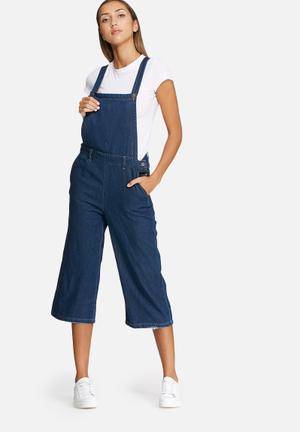 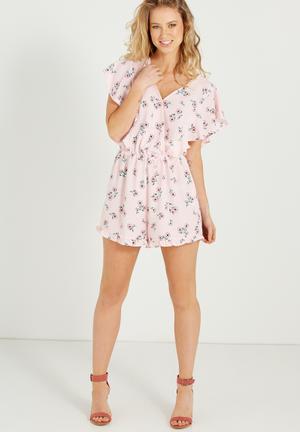 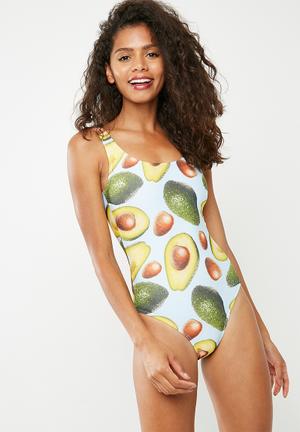 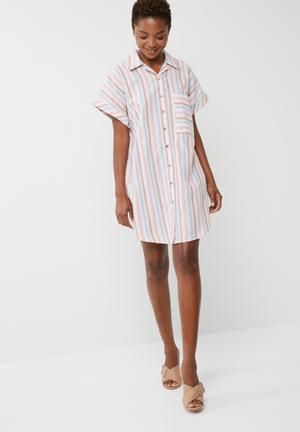 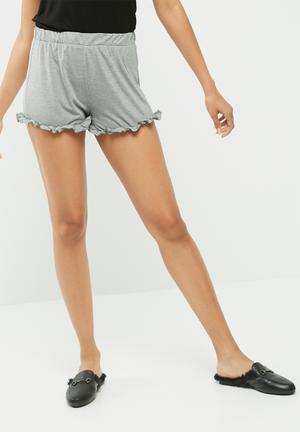 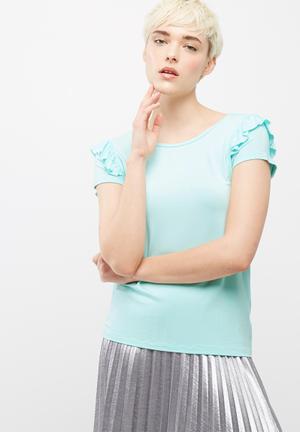 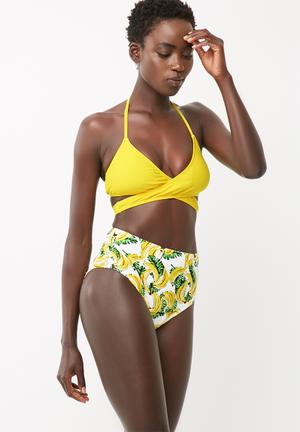 Babycore happened already in 2015. Why is it making a comeback in 2017? One theory (my own extensively researched theory) is that a newfound popularity and reception of European fashion aesthetics is all the rage. Gucci, which was certainly not the first brand to reintroduce 'tacky' ostentation back into fashion is still on people's tongues and wishlists. Dolce and Gabbana continue to fan the flames of our desire to dress like Sicilian princesses and Moschino has only gained a stronger following over the years. Looking like you were born sexy yesterday has been desirable for the past 10 years. And Liking vibrant colours and pom-poms is all fine and dandy but behaving like a child is not cute. The world could do with more adults at a time where everything is seemingly unraveling. I guess we should all consider adulting better, myself included. After all, adults get things done and we don't need more babies in the world. There's quite enough of them running our countries.