Skateboarding has always influenced the fashion world, which explains off-duty models in Thrasher hoodies, and Vogue doing a skateboarding issue. The problem is that all this lacks authenticity, and so when Superbalist got its drop of the Converse One Star Pro Mid, we decided to speak to someone who could school us properly.

Luke Jackson is known as the most responsible man in skateboarding, and when I arrived at his house at 8am sharp, it was easy to see why. His bed was made, he was fully dressed and was enjoying a vegetarian-friendly breakfast at his carefully-arranged dining room table. His cup of tea was even on a coaster.

The man’s meticulous, and painstakingly archives his magazines, books and DVDs. Hell, even the rocks that he picks up on his regular hikes are carefully placed in printers trays and come with their own backstory.

He shares the upper Kloof Street apartment with his girlfriend, and the couple has dedicated the second bedroom to their work where she makes jewellery and he does his various skateboarding projects.

Sitting on a chair under his favourite Familia skateboard decks, Luke tells us how happy he is now that there are only these four and not the 500 he had to keep at his home when he was distributing the local skateboard decks. But we’re getting ahead of ourselves, and Luke’s story starts with a visit to his cousins in Durban.

“I’m from Joburg and would go to Durban every holiday to visit my cousins, who are a similar age to me. They all surfed and I thought that surf culture was the coolest thing, but living in Joburg I obviously couldn’t do it. When they weren’t surfing they’d hang out at North Beach and skate along the promenade there, and when I went back to Joburg I could skate.”

Something of an outcast, slightly nerdy and with few friends, Luke put all his energy into skateboarding. Starting out in his driveway and then moving on to the street in front of his house, it wasn’t too long before those four polyurethane wheels had opened up a whole new world for him.

“On weekends, my parents would drop me off in downtown Joburg and I’d skate all day in Newtown and the Library Gardens until my parents picked me up in the evening.”

Even though Luke was boxed into Joburg’s leafy suburbs behind high walls, it was the architecture of inner-city Joburg that shaped him. The freedom of movement that his skateboard allowed him introduced Luke to like-minded individuals from all walks of life, and making the most of his new connections, he quickly found more and more ways to incorporate skateboarding into his life. 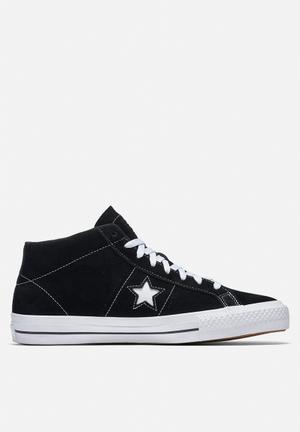 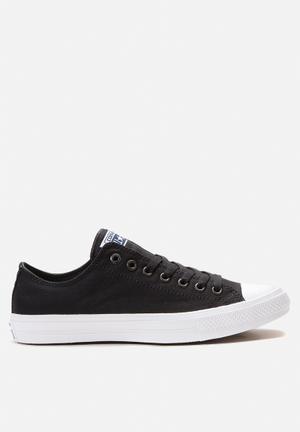 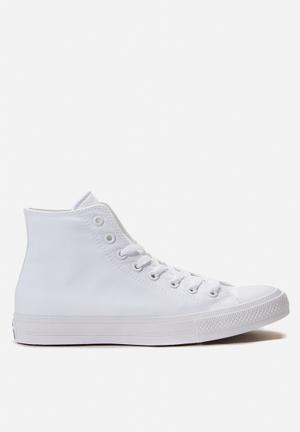 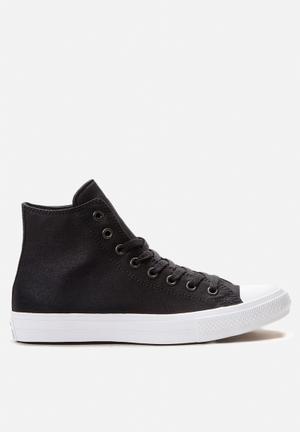 “When you’re young you see people doing things and try and get involved in any way you can. It started off where I’d review videos, interview people, write tour articles, whatever, for Session, and I just kept on volunteering to do more things so I could be a part of it.”

After meeting the Familia Skateboards crew, Luke started distributing for the local skateboarding company and working on their financials. Then when the Joburg skateboarding scene gravitated to Cape Town, Luke followed his friends Clint van der Schyf and Adrian Day so that he could work in their shop, Baseline. When Converse started their South African skate programme, Luke put his hand up and then when there were some changes happening at Session, he went from contributor to a staffer on the magazine.

“Often I think I’m living on borrowed time, and as long as I’m able to keep doing things in skateboarding, I’m going to do that for as long as I can.”

Then Luke pulls on his sneakers and bombs the hill from his house to the office at the bottom of Kloof Street where he runs Session Magazine from. The magazine started in 2002 and Luke has never missed an issue, saying that it’s always been important to him to document and archive skateboarding in South Africa.

“I started out doing finance, invoicing and all that type of stuff, working on articles when I could, and over the years everyone else drifted onto other things and so now it’s just me. I’ve worked on a lot of issues, but I’d say with the last 12 I’ve had a much bigger role. The only thing I don’t do is the design, because I’m not a designer, so I work on the content and then hand it over to Brendan Body, who originally started the magazine, and he takes care of that.”

On top of his financial and editorial duties, Luke also handles distribution. When the 3000 copies come back from the printer he carries those copies up to the office and spends around two days putting them in Fastway courier bags before sending them off to skateboarding shops around the country. The magazine is now free and Luke admits that it’s a lot of work for very little financial return, but that the love of skateboarding is what drives him.

“It’s important having a publication like this here, because we don’t have any other skate media. Online there are web edits that people are sharing, but as far as valuing local content there’s Session, and it’s especially important for the skateboarders. If they get a photo in the magazine, every skateboarder in the country will see it. I have to keep that going.”

And so it’s perhaps Luke Jackson’s unofficial role as skateboarding’s watchdog, albeit a very mild-mannered one that doesn’t like to bark and will only bite if he absolutely must, that’s perhaps his most important 'position'. If you want to do something in a truly authentic way, you need the insight of someone who understands skateboarding to do that. The sustainability of the culture comes down to brands supporting skateboarding instead of taking advantage of it, and after meeting Luke it’s good to know that South African skateboarding is in safe hands.