Jewellery designer Katherine Pichulik gives us a tour of her studio

Pichulik is a name/woman/brand that we were always going to feature, despite only meeting her on the day of our interview. And how could we not, when she’s collaborating with everyone from Adriaan Kuiters to Alexis Barrell, Jasper Eales to Design Afrika, Kristin Lee Moolman to Lalesso to Santa Maria Novella… and is then friends with everyone whom we didn’t just mention. The girl gets busy.

She's so busy that studio visits are by appointment only. Fortunately we've made an appointment, and so Katherine-Mary Pichulik lets us up.

We missed Kat when we photographed her and Jody Paulsen’s home in edition #013, however between arriving back from Tuscany and then flying off to New York we managed to lock her down at work. Did we mention that the girl gets busy? 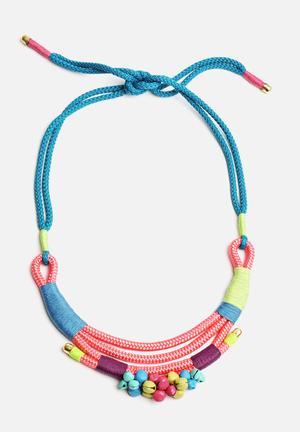 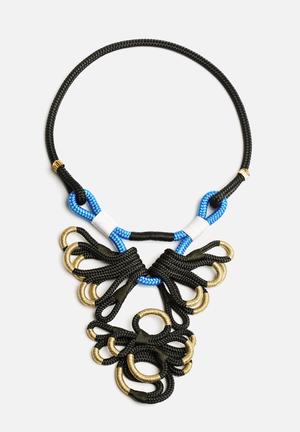 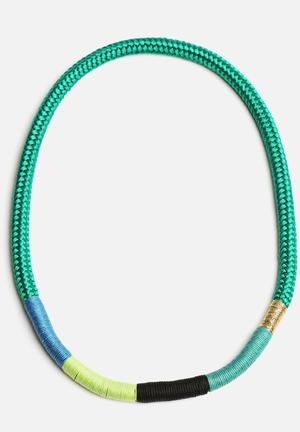 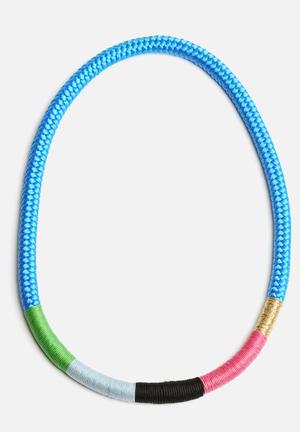 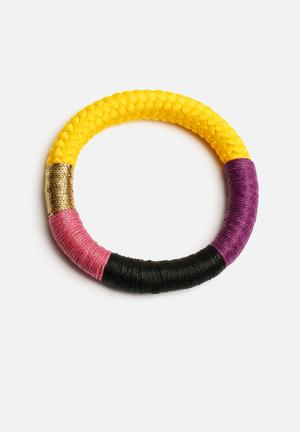 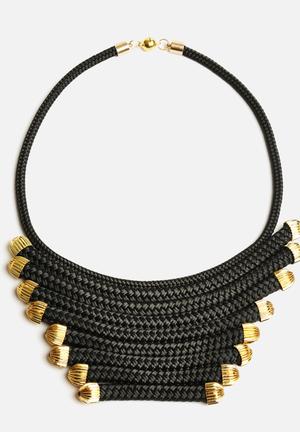 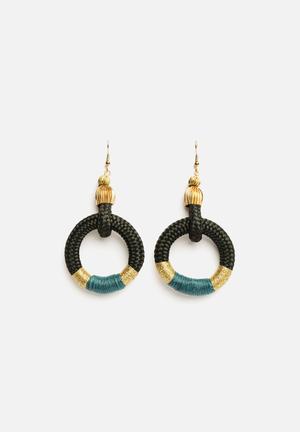 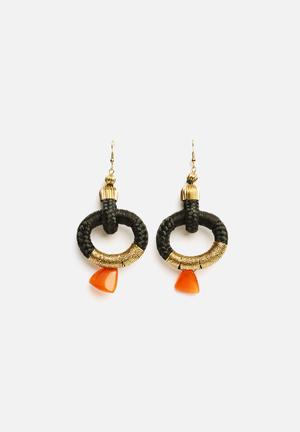 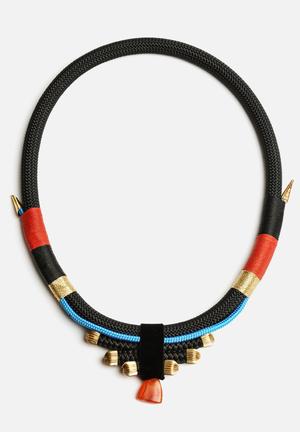 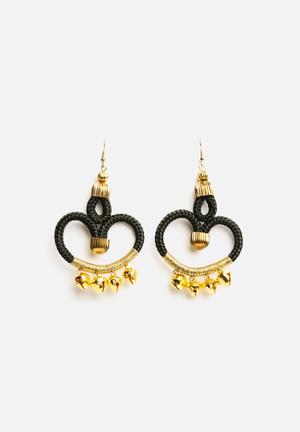 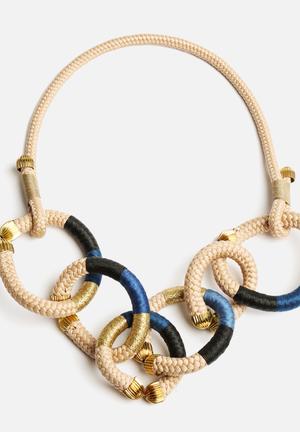 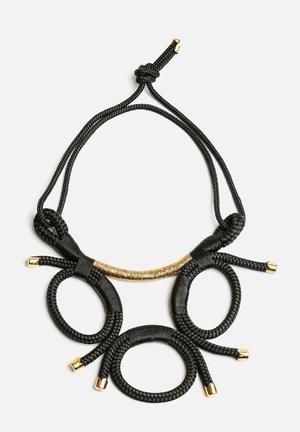 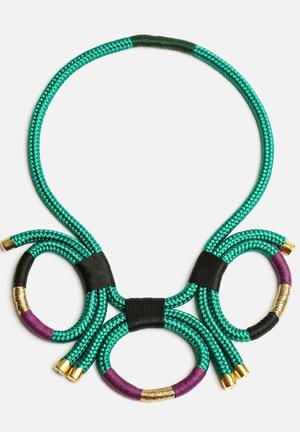 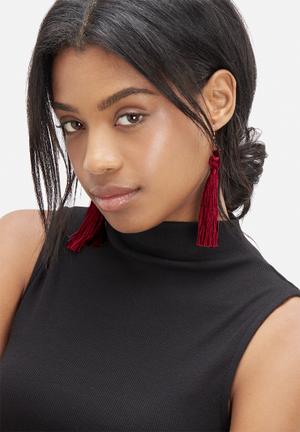 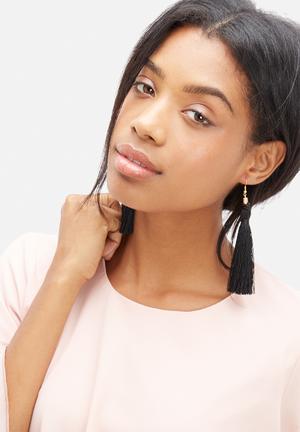 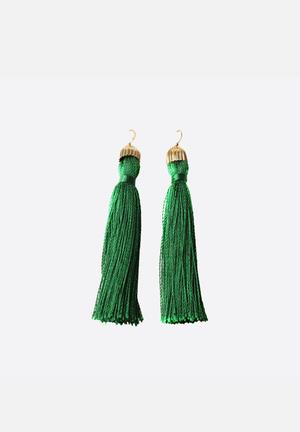 After dating a boy whose dad owned a rope shop, and learning to tie some basic knots when she was a girl scout, Kat actually trained as an artist and pastry chef, and only decided to start her jewellery brand in 2012 after a trip around India.

Equally inspired by her travels, African and Middle Eastern ornamentation, her mother, her grandmother, and the intimate relationship that women have with their jewellery, Kat becomes even more animated when talking about the thought process that goes into one of her pieces.

“Jewellery is linked to lineage,” says Kat, who is standing in the midday sun on the balcony that leads off of her office. She’s wearing red heels, like her lips, orange sunglasses, like her shirt, and a black vest. Resting in her ample cleavage is one of her rope necklaces. “It’s about passing on wisdom and marking the transitions in a woman’s life. I want to bring back that feeling of ceremony and sacredness to ornamentation and product.”

Kat is a very big personality: vivacious, a touchy-feely hugger who smoulders sexiness and has no qualms touching your arm or knee when talking to you. She moves a lot when she speaks, giving her speech the physicality of an Italian’s, and is very comfortable in her own skin, expecting you to be the same. No surprises then that she has the same tactile relationship with her product.

“I like the idea that every single item of mine has been touched and felt. Like alchemy, it’s an amazing transition. The hands of the women and my hands are touching your heart when you wear one of our pieces. These are intimate exchanges that don’t usually happen in consumerist culture. An earring is on your ear, the only person who goes there is your lover, and now we’re touching you there.”

These earrings, as well as the unmistakably wild neckpieces, are handcrafted from Pichulik’s studio in Woodstock using locally manufactured ropes and interesting found materials. These are then exported to thirteen countries and sold in a cubicle at the Watershed, the Pichulik website, and on ours.

Standing totem at the entrance is a mannequin dressed in a sort of West African-inspired masquerade suit. There are transparent Tupperwares filled with things like solidified star dust, silicone carbide, which is formed when you take the powder form and shoot electricity through it to create a new shape every time. That and bigger, more beautiful versions of the stones you’d find at The Scratch Patch.

The studio is part showroom and because of this everything is in its right place, with laminated posters reminding those who may forget: Quality Control, Order Distribution, Ingoing and Outgoing, Packaging… There are also little laminated motivational quotes throughout:

Otherwise there’s a Pantone chart, process sheets, display cabinets, the sounds of Bjork playing from an iMac, spools of coloured rope, yarn, gold, precious stones and the busy hands of many employees twisting and snipping and soldering.

Kat’s been here for a year and a bit and having initially thought that it would be a risk moving into a bigger base she’s now very comfortable in what seems to be a very cosy space.

“I was sharing with Jasper Eales in the Woodstock Exchange, which was just too social. This space has been wonderful. I wanted the balcony. I wanted to be close to my suppliers. I run a tight ship because I like business. I get to design, which is great, but that process of creating an organism is as rewarding. Being able to use this as an umbrella space for people to exercise their abilities. Not choosing anyone on background or education or experience, but rather their energy and passion and genius.”

Even though Pichulik’s second in command is in London for a trade show there’s still plenty of people in the space today.

“Well I outsource things like PR and accounting, and we also have a co-op element where women from Khayalitsha take product home and produce for us, I’d say we’re a core team of about eleven.”

Kat was destined to create jobs and run her own business. Raised by a single mom who is also a businesswoman, if you visit her she’s likely to pull out the family photo album and point out a pic of Kat holding a little briefcase. When Kat’s two brothers, who are three and eight years older than her, went to school Kat would actually tag along with them and then sneak into class, with her briefcase, so that she could learn.

“My big interest is employment, and to have this factory where I can manifest ideas at a quicker rate is great. A lot of designers are scared to employ people because they’d rather get a good salary. I drive a Fiat Panda. I’d rather put money into my business.”

“I travel for separate reasons. Italy was for an art residency based in Tuscany. It was a development started by a Parisian club owner and Russian art collector who created a wonderful space in an 18th century estate. They chose eight inter-disciplinary artists from across the world and along with me there was design duo Soft Baroque, a Russian family of artists from Moscow, an author from New York, photographer Mark Borthwick, artists from Brooklyn and a painter from Halifax. We had our studios, workshopped and engaged with each other. It was nuts.”

What’s also pretty nuts is Kat’s life, and when you read this she’ll be in New York for a trade show. Having heard her speak about her love of religions and their iconography, it’s likely that she’ll spend plenty of down time in confession or at mosque or a shul.

“I’m into the aesthetics, heritage and ornamentation of religion. When I was in Italy I was just accosted by it. Chapels, altars, the embellishment and handiwork. I find that exciting. I also love the patterns and colours of Islam. That feeling of religion that’s become ritualistic and cultural.”

A fine artist with no jewellery training, Kat is a serial collaborator who is big on sharing ideas.

“What’s not to like? You get to work in new materials with someone else’s infrastructure! But it’s also wonderful to bounce ideas off of people and create new ideas in a new space. I can be quite particular and collaboration mobilises me to tell new stories.”

The woven fan bags on display are by Pichulik x Design Afrika, which works with urban weavers from Dunoon. An Italian photographer, Tommaso Fiscaletti, documented these women for his exhibition, Between Home and Wisdom, which was then turned into a book.

This project sums up Kat’s work ethic perfectly. Each new project is a new opportunity to learn, a way to dig deeper, to explore – and instead of a bag being just a bag it becomes an art book, an exhibition and an opportunity to work with new people and materials.

The trained pastry chef who makes jewellery and loves business could never see herself doing just one thing, and it’s frustrating when she goes into detail about her Spring/Summer launch, where she’s painstakingly agonised over everything from the drinks served to the invites to the mannequins to the music. The only thing we’re allowed to mention is that it’s “a capsule collection and a big surprise”.

Fortunately, October isn’t too far away and we’ll use this as an opportunity to visit Pichulik again.