The technical runner repurposed for the street, the P.O.D System connects the past with the future

adidas Originals introduces P.O.D. System, a new silhouette reborn from the archives that brings modern comfort, flexibility and design to a piece of adidas heritage.

Made with a sock-like knit upper, the sneaker blends a best-of-the-90s 3D cushioning system with the responsive feel of Boost, and is built for purpose, inspired by collective memory and enhanced through blending technologies. 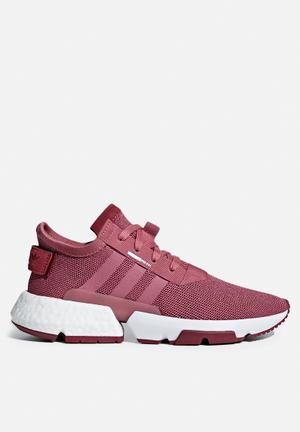 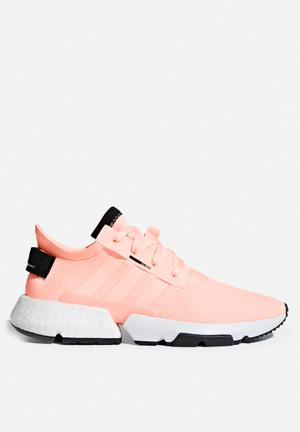 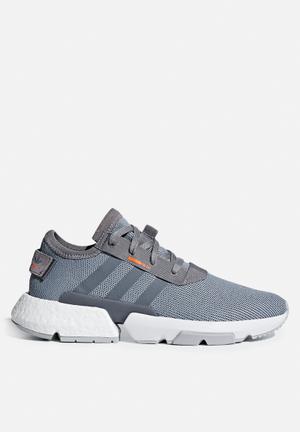 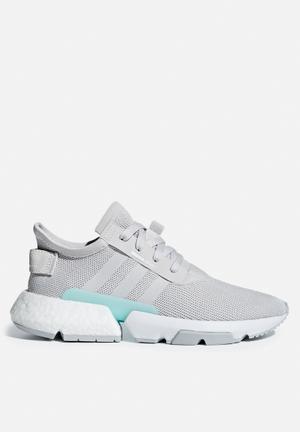 The foundation of the P.O.D. System takes its cue from the unique 'Point of Deflection System' designed to benefit the runner by providing shock absorption and stability in the outsole at the point of impact. The purposeful design created distinct segments of the sole of the sneaker which provided targeted cushioning for the wearer tailored to each area's specific requirements. The result was a sneaker that provided comfort to perform.

"Reimagining is very important – to look at your past for inspiration, but never hold it there."
Nic Galway, Senior Vice President of Global Design, adidas Originals

Inspired by the podular design philosophy, adidas Originals reimagined this concept to create a sneaker built for a new purpose: natural motion. Fusing a high rebound EVA forefoot, BOOST heel and Point of Deflection bridge, the P.O.D. System combines three individual innovations from the past to create the future standard in footwear.

Built with the intent to enhance natural motion, adidas BOOST technology is focused on the heel unit, redirecting emphasis to the most important area of the foot for optimal stride. A pronounced 'Point of Deflection' bridge inspired by the '90s torsion bar is applied across the midfoot providing stability and flexibility to the podular sole allowing for ease of motion.

The debut of the P.O.D. System celebrates the interplay between the shoe's unique tooling, contemporary technology and distinct aesthetic – a testimony to a whole that is greater than the sum of its parts.

Following the release of the new P.O.D. System series, adidas Originals presents a short documentary film exploring the inspiration behind the new footwear silhouette, which you can watch below.

Through visual analysis of the shoe's deeply-considered design, as well as interviews with the likes of adidas' Senior Vice President of Global Design Nic Galway, Designer Lena Groneck, Senior Product Manager Maja Romeike, Senior Director of Product Till Jagla amongst others, the film tells the story of the Originals design team's journey into the expansive adidas archive in search of inspiration behind the P.O.D System.

Driven by a pursuit of what Galway describes as "the unusual or the forgotten", the team's discovery of an EQT Cushion 2 silhouette from 1995, characterised by a distinctive split-sole design bridged by an enlarged Torsion inspired unit, marks the genesis of the design process which would lead to the reimagination of the Point of Deflection System, or P.O.D. System. In turn this resulted in the creation of the P.O.D. S3.1 silhouette.

The documentary takes the viewer on a visual journey offering candid insight into the deconstructive process of creating the P.O.D. System, quite literally taking apart old shoe designs and reassembling them into new and unexpected configurations. The result is a film that demystifies the complexities of the P.O.D. System into a clear and understandable context. Ultimately, the philosophy underpinning the P.O.D. System is one best summarized by Galway himself: "We have this great past, and we have this amazing future. And P.O.D. System is really about connecting that past with the future."