Superbalist uses cookies for the best shopping experience. Cookies may have been disabled due to an error. Manage your cookie settings in the browser settings.
GOT IT
17.03.2017

Danielle Clough turns craft into art, creating something tangible in a digital world

Having worked with Gucci, the United Nations and Kanye West, and been featured in Vogue, The New York Times, CNN, and now The Way of Us, Danielle Clough sometimes feels as if she’s living a dream.

“It’s quite surreal,” explains the artist from her tiny studio on the second-floor of a cottage that she shares with a landscaper, web designer and video editor. “It feels like it’s happening to somebody else. I think everyone else is as surprised as I am.”

Danielle, or Dee as she’s known to most, says this while festooning a badminton racket with different colour threads and yarns. Working from a two-seater couch surrounded by kitsch collectibles and streaming 70s French new wave, this “sew-hole” is her happy place and a safe space where she can’t ever be chastised for leaving her needles stuck in a chair.

Approaching the way that she dresses as something of an art form, too, because she’s such a great collector, Dee has amassed an amazing closet from which she’s able to build her wildly eclectic outfits.

“I dress differently all the time and like to theme my outfits where sometimes I’ll wear streetwear, or I’ll wake up and want to be really masculine for the day and wear a T-shirt with chunky denim shorts and kicks, or I’ll want to look 60s, like today… Whatever I’m obsessed with.”

Dee’s obsession with fashion resulted in her dropping out of high school to do a visual arts course that would help to fast track the fashion design course that she wanted to do post-school. Turns out fashion design wasn’t actually for her, and a few months later she switched to art direction and graphic design at Red & Yellow instead, which was followed by a job at Media 24’s digital marketing division, Touch Lab.

“We were supposed to be on the bleeding edge of interactive design for mobile devices, and all I wanted to do was learn the new programs and be on the forefront of this new technology, conceptualising ads and making them relevant for digital, but the reality was that I was stuck doing banners and wasn’t able to grow. So I quit and went back to waitressing.”

Dee liked playing Burger Queen as it kept her social, and she enjoyed how she was able to leave her work at work at the end of the day. Although she’d quit her design job, Dee still had a need to create – and, using her time out of office to focus on her own creativity, soon found herself doing more of the embroidery work that she’d always loved, posting some of it on her Instagram page.

Back in the digital stone age of December 2015, Instagram’s explore page was wildly different to what it looks like now, and when Dee’s profile was featured in the “quirky/cool” category this inclusion saw her account grow to 10 000 followers and a feature on Colossal almost overnight.

With the floodgates open, Dee moved into her little space and started answering “granny stuff” to people who asked her what she did for a living. Which is weird, but not as weird as emails that start out a bit like, “Hi, this is Gucci, do you want to do a job with us?”

“The least chilled was when I was asked to do a skull print on the back of a jacket for a three-year-old. So I get a mail ‘name at Kanye West dot com’ and I’m thinking, ’Well, how easy is it to get that email address?’ Turns out, North West has a stylist. The invoice had Yeezy at the top. That was one of the weirder things that I did last year. Like I said, it’s surreal.”

Dee thinks it’s cool how brands are starting to recognise that if there’s a logo in the bottom right hand corner then it’s no longer art but an advert, and believes this also results in an instant disconnect in terms of the value of something.

“People get banner blindness. The stuff stops to resonate. What’s been cool is how some brands are plugging into creativity. For the Photoshop job that I collaborated with a Mexican steel worker on, I asked if we had to use their software, and they said no, to just go and make something. So you get this high level corporate validation, financially and emotionally, and the freedom to create.”

Fiance Knowles’ success is more than embroidery trending; it’s kick back from this disposable digital era and a celebration of the tangible. Smart use of social media has given the artist the push she needs.

“People are just hungry for something that’s more than a selfie or a picture of your toes on the beach. When you leave a bit of the how, in particular with embroidery, where there’s some sort of nostalgia associated with it, either because their mom sewed or they tried it out at handwork when they were at school, so that and our hunger for something tangible and real, it slots in really nicely.”

And with an audience of just under 100 000 Instagram fans jonesing for her next photo-realistic embroidery post, an online shop and her upcoming exhibition in New York, Danielle Clough has proven how a stitch in time saves nine. Why climb a corporate ladder when you can literally craft your own? 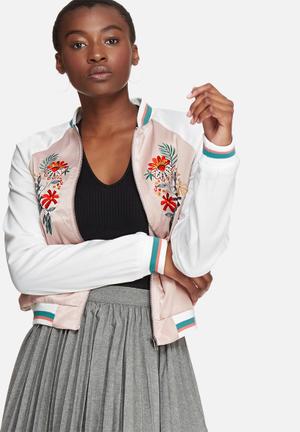 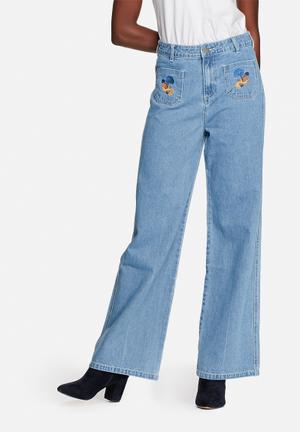 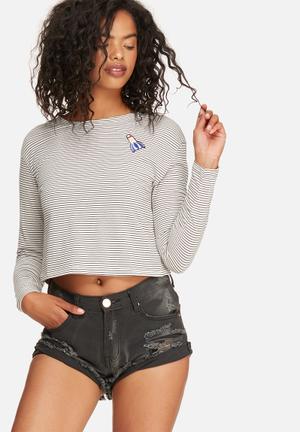 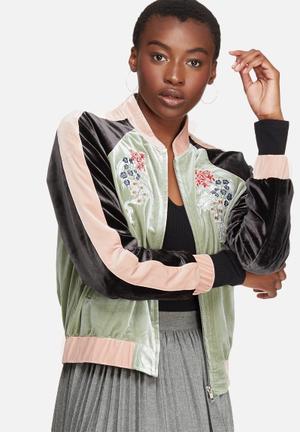 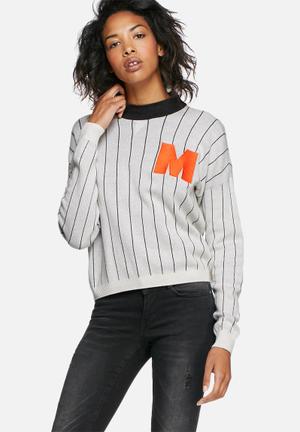 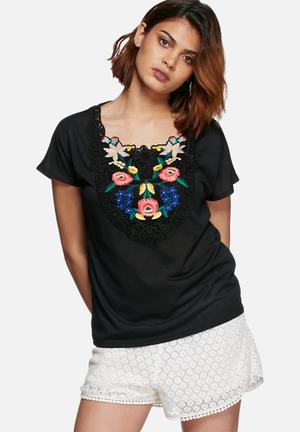 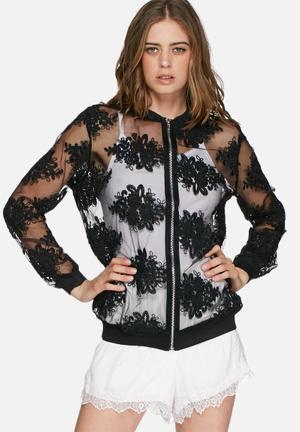 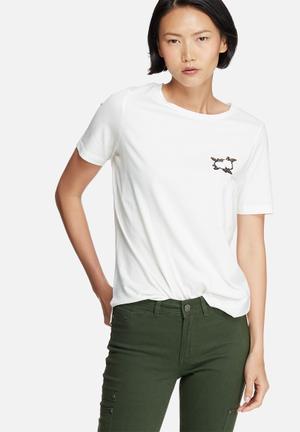 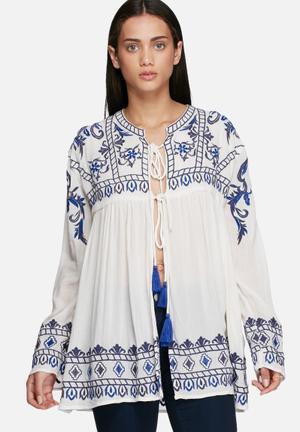 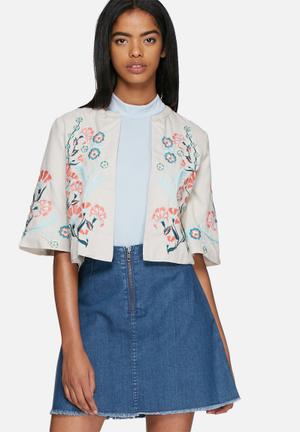 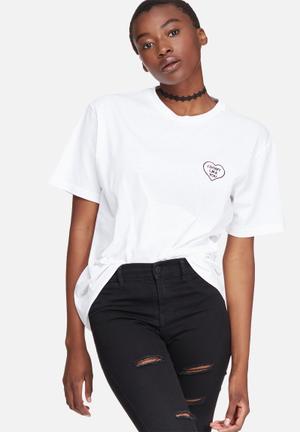 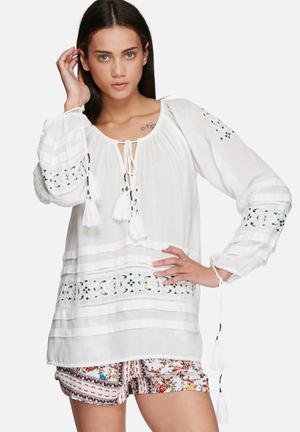 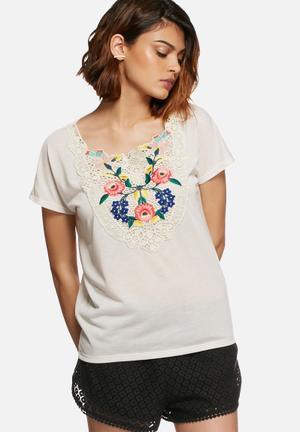 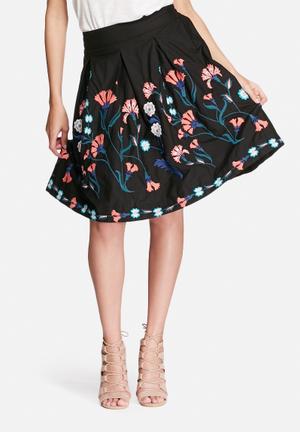 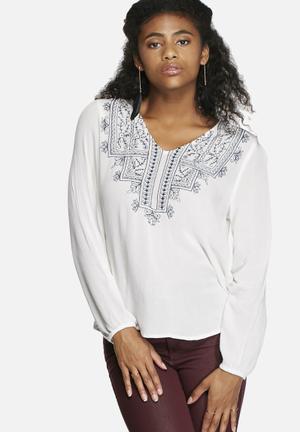 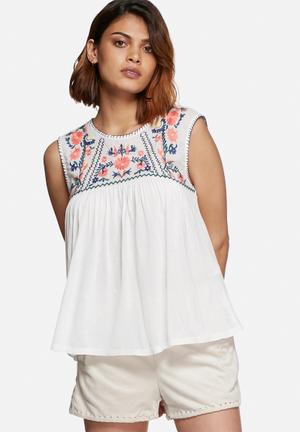