“My earliest memories are playing in the street, making soccer balls out of plastic bags and just tying them around till they’re big enough, asking my gran for ripped stockings.”

Home. It reverberates throughout Carla Fonseca’s work. Whether it’s in her vocal styling as one half of electro outfit Batuk with Mzanzi beat master Spoek Mathambo, or in her one-woman theatre work or in her conceptual art. Her home is so crucial to her identity, even as she travels around the world home is always front and centre.

“I’m so big on family that if I don’t go back every week I go through withdrawals. I feel really guilty when I’m abroad.”

Carla's bubbly and enthusiastic while driving to her mother’s home in Johannesburg's eastern suburbs. A drive she does so often, she told The Way of Us in no uncertain terms that we had to back on the highway before 4 pm, “the traffic is terrible” she said flatly. Carla lives to bring her home to the world, accordingly she visits every week.  She enthuses about her mother and “ouma”, who after pleasantries, and this will be familiar to anyone who has brought guests to visit their grandmother, commands Carla to bring us “cooldrinks or that nice juice in the fridge.” She’ll have words with Carla if we fail to mention that her rose garden was very well maintained.

Carla is a cross-cultural child. One half of her family is from Mozambique, specifically Xai Xai on the southern coast of the country. The other from the flat suburbs of Reiger Park in Joburg’s east rand. The difference could not be starker. Xai Xai is the stereotypical idyllic beach town, time moves slowly there and life is easy going, so much so that Carla can’t help making a music comparison when describing the town.

“In Jamaica they were playing these records, and because it’s so hot the vinyl started melting so it would warp the music, and because people are so hot they would have to slow dance, people would basically wilt to the music, which sums up Xai Xai.”

Reiger Park has the unfortunate reputation of being a dangerous gang stricken area, surrounded by the long disused industrial plants that fuelled Johannesburg’s prosperity. It’s something Carla says she felt growing up.

“YOU HAVE TO GET IN THE HOUSE AT THIS TIME! was the sort of thing my mother would say a lot, you can’t play with these kids, you can’t play around this corner, especially when you’re growing up and you’re becoming a teenager. I still felt safe, but I was exposed to some dangerous things, and my mum kept on the straight and narrow.”

Despite this shadow of danger lurking at the edges of an area called the “Beverley Hills” of Reiger Park which is down the road from an infamous area called “Popcorn Hill”, Carla had no intention of ever disregarding her hood. When asked whether she ever felt that the area was small and stifling, she emphatically answers “No, I’m very proud of where I come from.”

Batuk, the creative collective she now fronts with Spoek Mathambo as Manteiga, has blown up with the ferocity of a supernova. It’s been a little over two years since the group was founded and the music has taken them across Africa and increasingly into Europe, where they have a passionate following in France and Portugal.

“People are really responding to it… We had French people going 'Aweh!'"

Later this year Batuk will perform their first shows in Asia. Anyone who has ever heard them will tell you that it's music to move to or according to Carla “We try to get the endorphins going.”  A creole of zouk, kwaito, electro, hip- hop, house and occasionally the traditional sounds of West Africa, Batuk pulses with the energy of the continent. It’s a sound that is very continental but still rooted in her and Spoek’s home experiences. Their new album which is led by the single 'Move!', is indicative of how strongly they want their South African lives to come through.

“Our first album was called Musica Da Terra (music of the land) and we were collaborating with people across Africa through six different countries. It was an experiment, we were experimenting with rhythms and sounds and languages from different places. Now we’re zoning in on South Africa, the sounds we grew up listening to, kwaito and house were the two major genres we grew up with and also the language, the slang.” 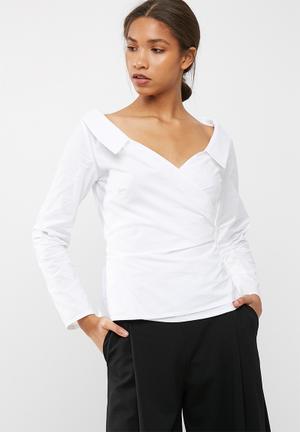 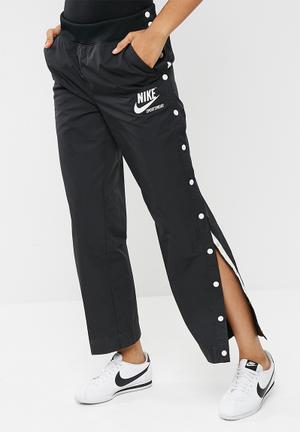 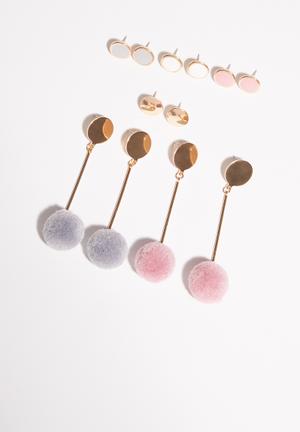 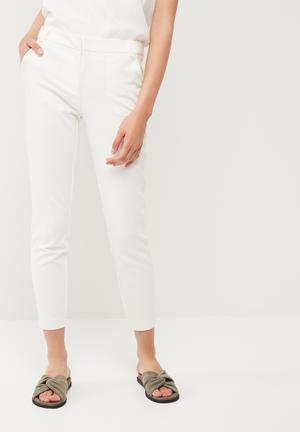 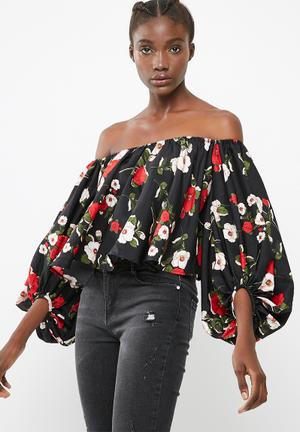 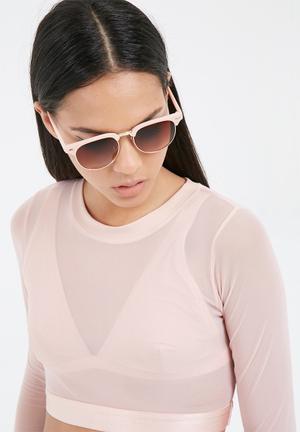 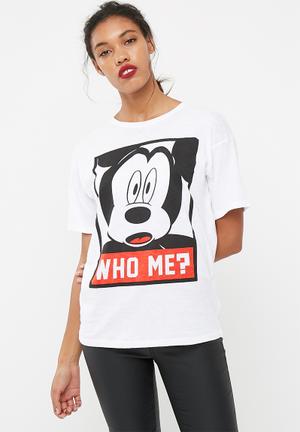 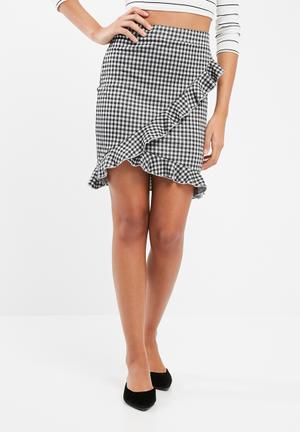 By ONLY R99
Quick View 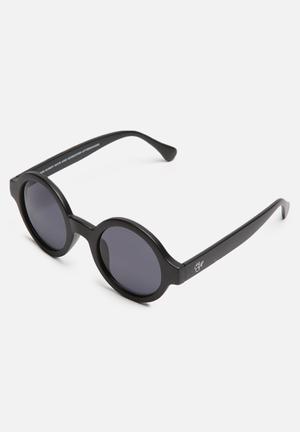 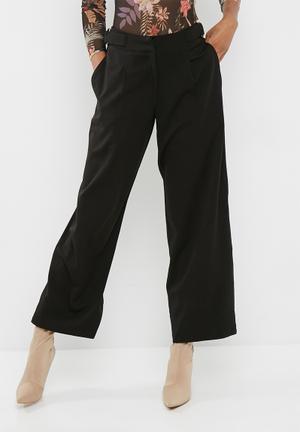 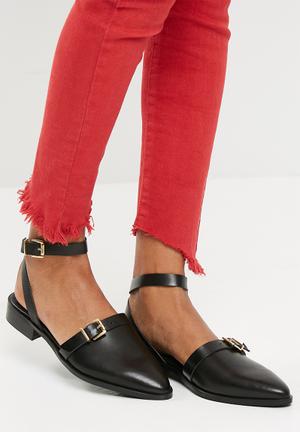 The clothes Carla picked out for this shoot represent the degree to how close she holds her upbringing and family. She was particularly happy about the Kappa tracksuit pants.

“I’m so happy these are back. As a kid I wore a lot of tracksuits because I had a lot of older cousins who were teenagers in the 90s. So I looked up to them and thought 'Oh my gosh they look so cool.'"

It’s no surprise Carla enjoys the comfort of tracksuits or any other item that allows her to physically exert herself, if you have seen her live or watched any of her videos, you would’ve no doubt noticed the supreme body control she has, a testament to her background in the performing arts. She’s very confident in her body and was annoyed when the internet predictably brought up some outrage over the degree to which she physically shows off in the video for 'Move!'.

“This isn’t about exhibitionism or shocking people, this is my body, not everything needs to be sexualized, just because there are tiddies in your face doesn’t mean that it is a sex thing.”

Part of this is her drive for female empowerment, the video was conceptualised, actualised and produced by a majority women team.

It’s her sense of being grounded that has allowed Carla to be so open to a multitude of ideas, sounds and experiences. Crucially, it’s allowed her the space to interact with experiences far beyond her own and engage with them critically and sincerely. Besides the work she does with Batuk, she also acts and last year shot her first film in Burkina Faso. Ultimately Carla's a renaissance woman, someone that hates feeling restricted by any label or preconceived notion of what a person who looks like her should be doing.

“I don’t want to be restricted in music, as an artist, painter, sculptor or musician you have the freedom to change. You’re restricted by the medium but not what you do with that medium.”