Thing is, Nonkululeko Phiri’s lower-case SoundCloud bio isn’t the end. It’s just the beginning… Our story starts with the whip-thin, pint-sized songstress – who describes herself as a “Black Unicorn” on Instagram and a “Daydreamer, artist, friend, lover, foe, fighter” on Facebook – in a recording booth trying to get her lines right.

Along with her song ‘Regrettables’, these voiceovers will be used for Superbalist’s fourth and newest television commercial.

“I made ’Regrettables’ when I first went solo,”

Nonku tells us at the studio where our cover shoot takes place. “It was the second single that I did with NarchBeats (one-time member of PHFAT), where the initial idea for the EP was to document a relationship that starts out lustful and then eventually goes bad. It’s that feeling you get the Monday after the weekend, where you maybe did some questionable things…” 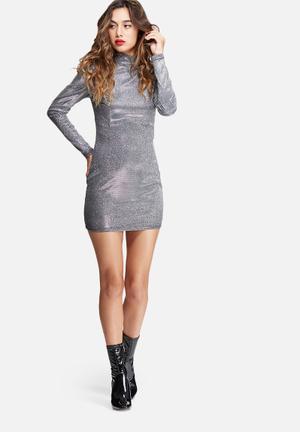 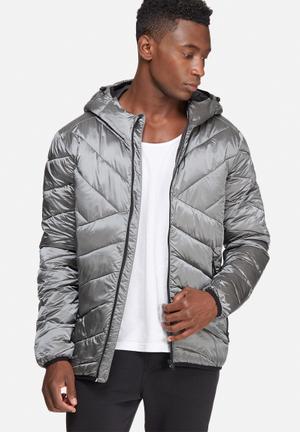 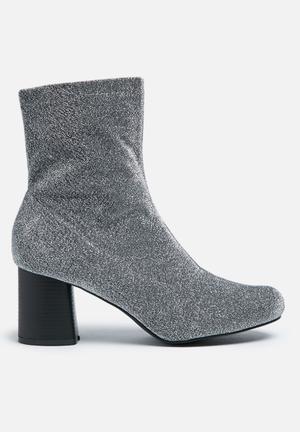 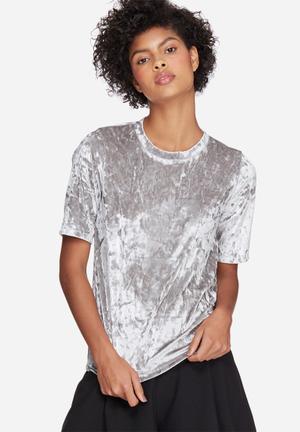 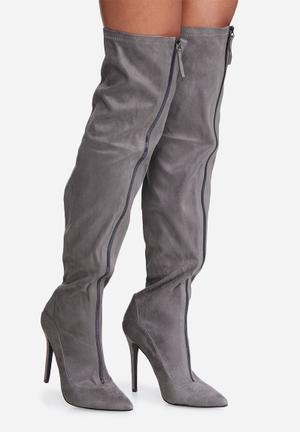 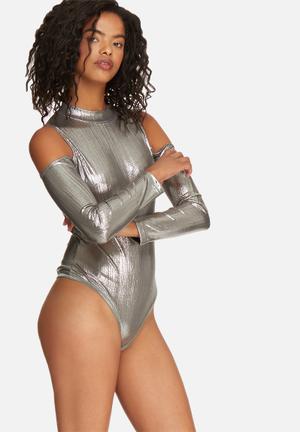 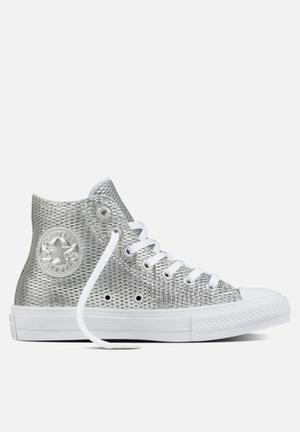 Nonku has always had trouble trying to articulate just one facet of an emotion, when in reality there are so many different parts. Likewise she’s found it difficult to put her work out into the world until she’s completely happy with it. Perhaps that’s why she’s only released two singles in the space of three years. However, what would be a bad career move for most artists has instead taught Nonku the importance of patience and allowed her to better understand herself, and in turn, make more authentic music.

“I’m finally able to align everything. It all makes sense. It’s all cohesive. If it’s not pure, and I don’t feel good about it when I wake up the next day, or I feel that I’ve compromised myself as a person, then it’s not worth doing. So it’s been a slow process.”

The scenic route is Nonku respecting her craft, learning to serve the song, and insisting that if she’s going to share an emotion authentically, then she needs to fully experience it. At 28, Nonku’s now a well-rounded individual in a way that she’s never been before.

“My head’s in a different space. I’ve travelled. I’ve seen things. So the new material is stripped back, but complex in its own beautiful way. I’m fleshing things out while at the same time trying not to do so much.”

To fully understand that statement, you need to listen to her music. With around 65 songs that, for now, she’s holding close to her chest, the best are visceral experiences that take listeners on a sensory journey. There’s a track that sounds like a heartbeat – it creates a tension where you feel anxious when listening to it.

“The song must do something here and here,” says Nonku, touching her stomach and then her chest. “There’s more to life than booty and the club.” Is it more in line with the music her father famed for? The jazz, fusion and mbaqanga music that made the father of Stimela and Graceland contributor, Raymond Chikapa Enock Phiri, a living legend?

Nonku won’t discuss her father, and when steered into saying something about him, she either flat-out refuses or her response is quickly followed by a “this is off the record” disclaimer. What Nonku does talk about passionately, and at length, is: the business side of music, brands, and branding, and what it means to be an artist in 2017.

“I did an undergrad in visual communications and my honours in strategy. I actually worked at an agency while doing my honours, four nights a week, and was also flying out to wherever we were playing on the weekend. So it was a crazy time. I had to prioritise, and because the music was basically paying me my month’s salary in the space of a weekend, it was easy to weigh things up.”

Instead of becoming the media mogul she’d previously imagined herself as, Nonku realised how her studies were the perfect foundation for her to become a well-rounded indie artist. More than a cog in the industrial machine and far from a conventional commercial artist, Nonku has found a way to exist in this world without selling out. She trusts her gut in keeping her true to herself. Collaborations have been her bread and butter for a while now. Whether it’s selling a song to Superbalist, jamming withCrazy White Boy, becoming Jung Freud and rapping with PH Fat, or some of the other collaborations that she’s done with Card on Spokes, Jack Parow, Okmalumkoolkat, Reason and Tumi, all these experiences have helped her to build chops and find her true voice. 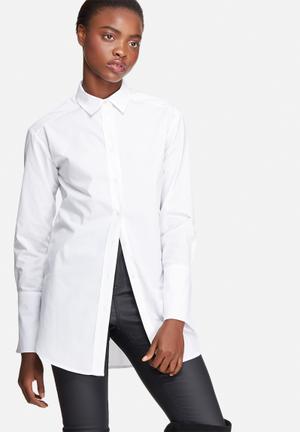 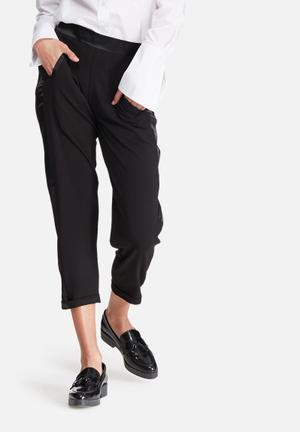 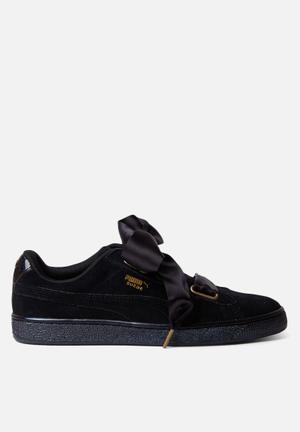 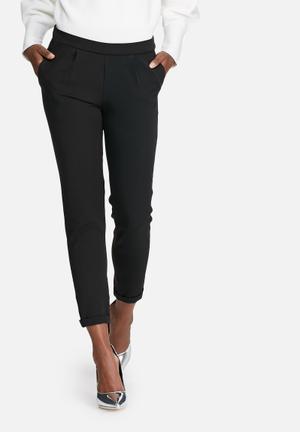 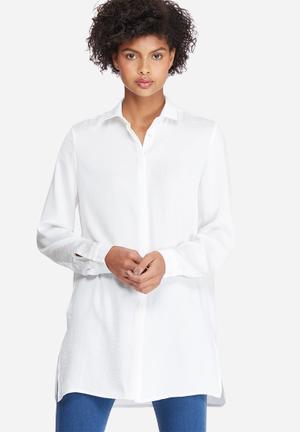 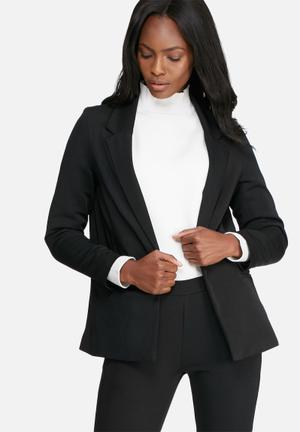 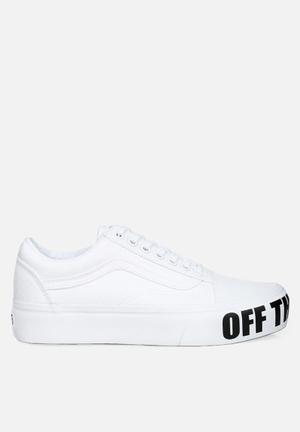 “Collaboration is about creating something that can’t be duplicated by anyone else. Creating babies – maybe that’s not the right way to phrase it: love children – with people who challenge me, or whom I find intriguing. If someone is open enough then it’s possible to create something beautiful from that vulnerability.”

Nonku is happy to see other artists flourish and will be the first to celebrate their successes with them, instead of feeling the need to compete – but then she’s also at the point where she can quite confidently tell someone not to compare her to another artist because they’re not on the same level.

“That’s not arrogance. I can say that because I’ve done the work. I’m still doing the work. I don’t compare myself to others. I don’t need to find a muse because I have the opportunity to be my own muse. I can just be myself.” Being herself seems to be working out really well for Nonku, so can she finally share some of that with people like us, who have been waiting patiently for a promised EP and subsequent album?

I like clothes but I don’t like shopping. As long as I have one quirky piece on then I’m happy.

I like playing around with clothes. I don’t take it too seriously. But it mustn’t feel forced.

I’m not a fashionista. It’s about what I’m comfortable in.

I wear what I like. This faux fur jacket really brought out my inner Mary J Blige.