Eating alone isn’t what it used to be

There are different levels of social acceptability to doing things on your own. Going for a walk solo? Standard. Buying one movie ticket, one popcorn, one Coke? For most, a whole lot more difficult. It's up for debate where you have to sit on the confidence scale to take yourself out for a meal.

I’m an only child, and a writer – a combination that adds up to a lot of time spent pretty comfortably alone. But something I could never quite get the hang of was sitting in a restaurant alone, enjoying a solitary meal. The moments between my arrival and the appearance of a tardy friend (rare, as I am the least punctual in most friend groups) tended to be agonising, because what if someone thought that I’d been stood up?

Within the range of potential solitary dining experiences, there are levels: breakfast alone is pretty chilled, while dinner in a candlelit restaurant with no-one on the other side of the starched white table cloth is another idea entirely. And there are other factors affecting the comfort level of the experience – whether all of the other diners are in pairs, for instance, or whether it’s an extremely expensive restaurant where you can imagine the waiter thinking about how he could have doubled his net worth if you'd brought along a friend instead of being some kind of weird loner.

It's safe to say that a lot of people have felt this way, but all that's changing: not only have restaurants opened with the express purpose of providing a space for solitary dining, but the internet is filled with think pieces on why eating alone is good for you, reviews of where you should be indulging in this old-made-new ritual, and interesting facts about what effect it has on you when you eat without company.

It's not surprising, given that there's something of a stigma to fight: the person alone is the one who's not coupled up, who's potentially lonely, who had failed even in this age of user-friendly dating apps to secure a partner for his dinner date. But it's just the opposite, of course – in a time of being able to secure someone to chat to online or in person at any hour of the day or night, solitude is a luxury in short supply. When we're able to grab some with the condiments and cutlery, all the better.

I had to get over my hangups about dining out alone. I wrote a book. Because the thing about writing a book is that once it's written, it seems that the hard work is over, but a small room of publishers smile at you in a way that lets you know that you have been very naïve, and then the hard work really begins. The hard work is the editing, and it takes stronger willpower than mine to kill your darlings in the comfort of your own home. All over town, waiters knew to keep the caffeine coming when they saw me and my papers. And just like that, while deeply preoccupied with having to lose commas that had been precious to me, I became a lone diner without even noticing it.

Whether or not we’re happy dining alone can probably be linked most closely to what we think everyone around is thinking. Spoiler alert: They don’t care. But think it over – they almost certainly know that you have friends, and they're very likely to crave some time to themselves as much as you do.

If you can't handle dining out alone, start at home. Stop microwaving meals for one and ladling them into your mouth while you lie on your bed watching another episode of a series. Or do, that's fun too. But if you live alone, make an effort to make yourself something nice, and sit at a table, and play music rather than switching on Making A Murderer. It's just better for your digestion.

There's a scene in a TV series that everyone seems to be loving right now where a woman's been trapped by a cult leader for years (it's a comedy, I promise) and upon release is overwhelmed by the joy of being an adult in control of her own decisions. With this newfound liberty, she immediately eats candy for breakfast. Some mornings, I feel the same. 100 years ago I would probably have six to eight children by my age. Fifty years ago... Well, we've all seen Mad Men. And yet, here we are with all the independence that the free world has to offer, still craving the same thing: a moment to ourselves.

Some nights you’ll want to host a banquet with friends, and on others a glass of wine and a big bowl of popcorn will be sufficient. Some mornings, you’ll want to read a newspaper or stare into space over perfect poached eggs, or crawl under the covers with cold pizza. On others, you'll meet old friends for brunch and the moment will seem perfect. There are enough mealtimes in your lifetime for all of these things. 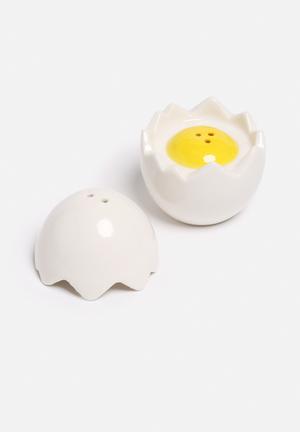 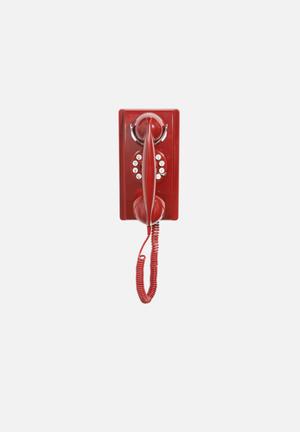 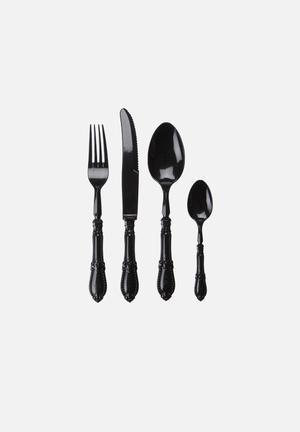 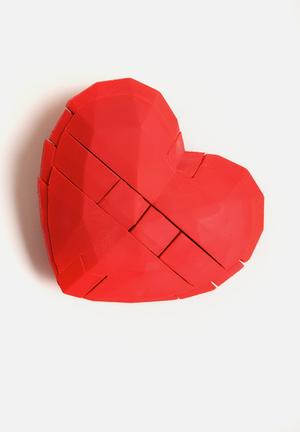 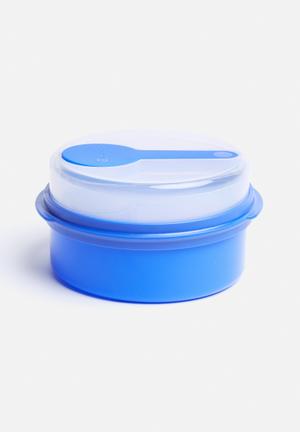 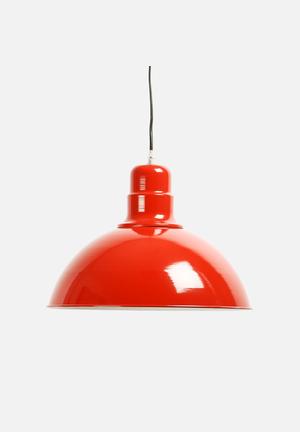 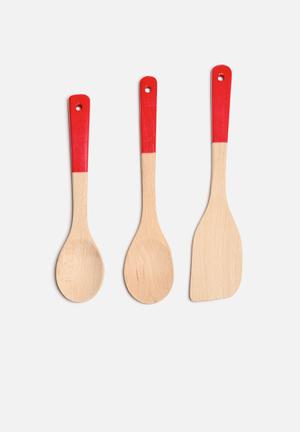 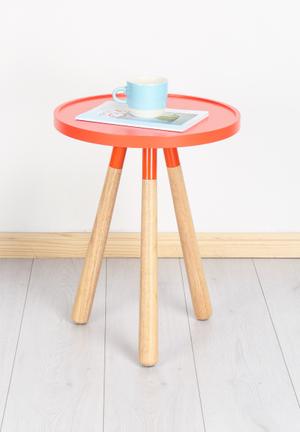 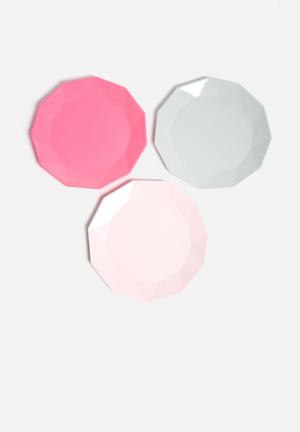 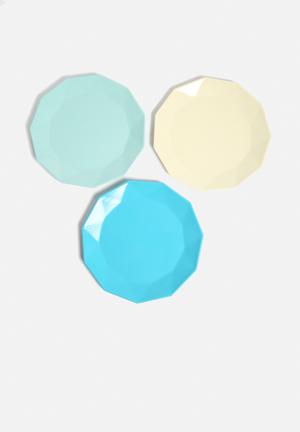 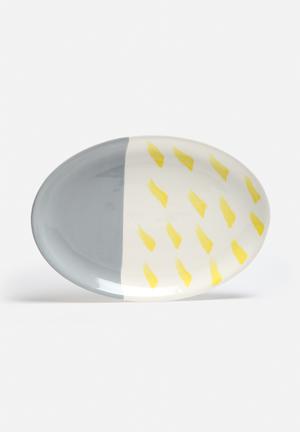 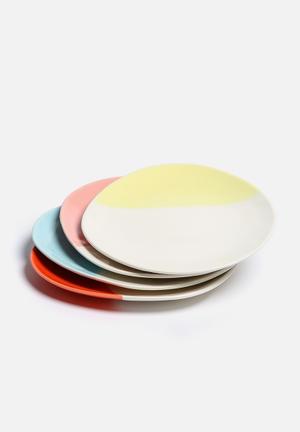 Set of 4 Colour Block Side Plates 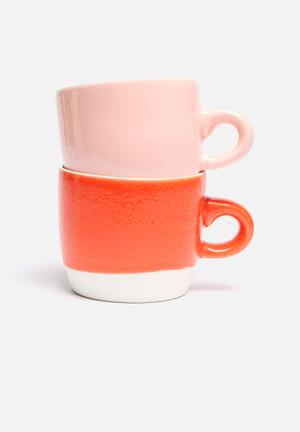 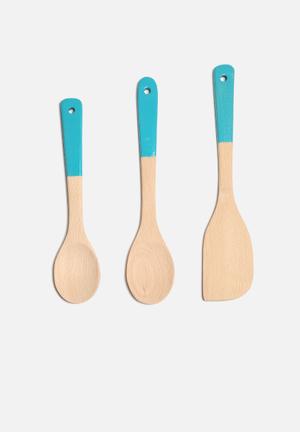 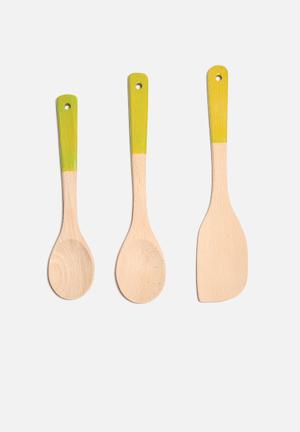 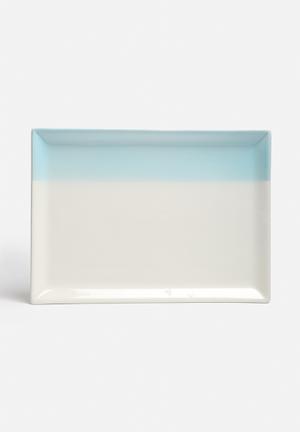 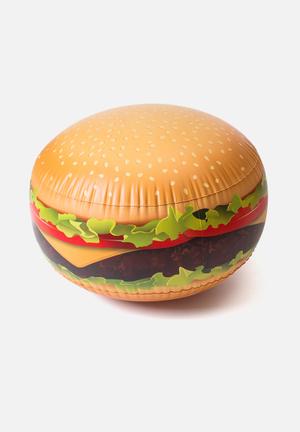 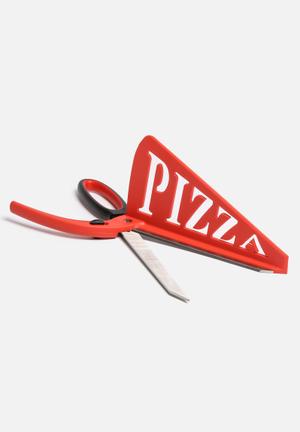 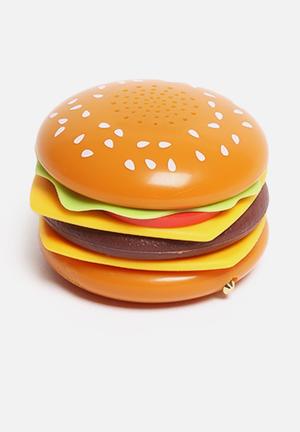 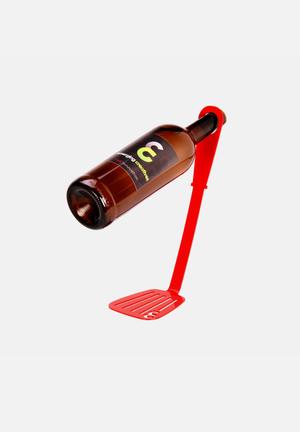 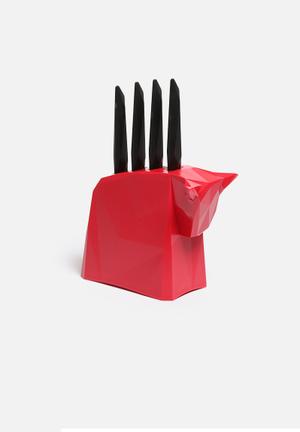 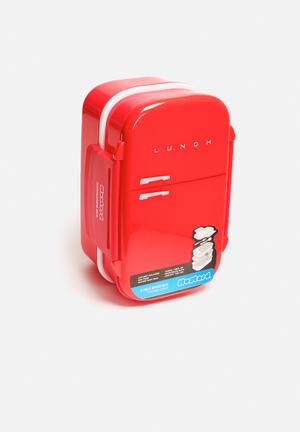 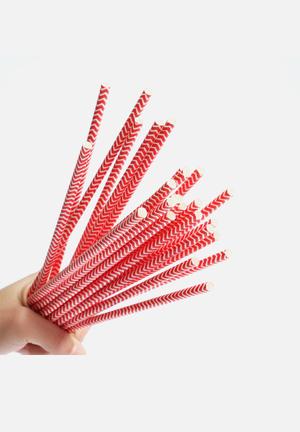 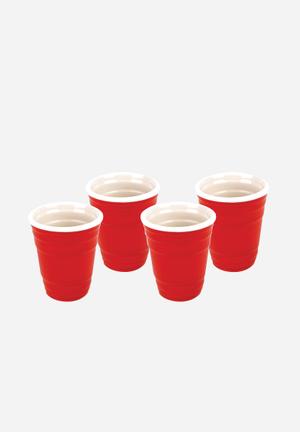 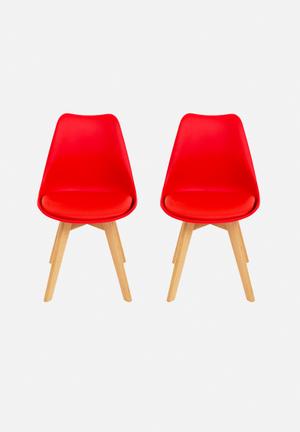 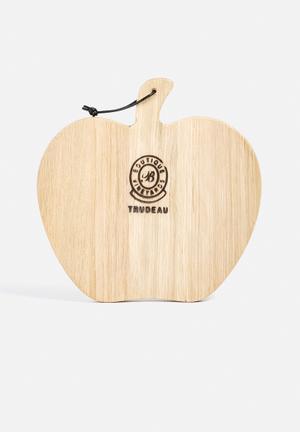 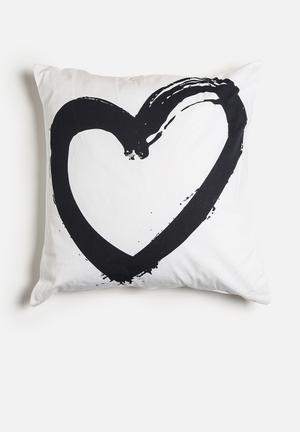 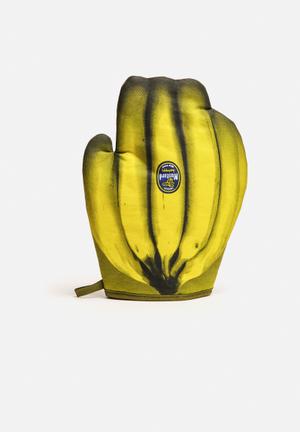 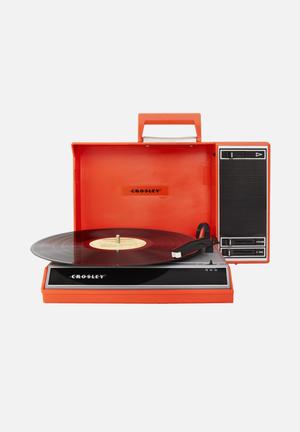