Fani Segerman Is No Era

Fani's style is fun fashion with a capital F

Fani Segerman answers the door in a twinkling pink skirt worn over tights that have a bit of a sparkle in them, too. Her Jelly Chelsea boots have glitter in them and her socks have been woven with a shiny thread. Besides the Young and Lazy T-shirt on top, which is the most modest item on her petite frame, there are no labels. So, by way of introduction, this is perhaps the perfect getup to describe Young Fanisun, a girl who can’t be labeled and is as bright and glittery as the crazy clothing she comes packaged in.

Fani only just moved into this apartment two months ago, and despite her bedroom being the size of a shoebox and already having built-in cupboards, she’s used what little floor space there is to shoehorn in a clothing rail that she painstakingly categorises.

“I arrange my wardrobe by colour code,” says Fani, stroking her kitten, Baby. “It used to be arranged by item – vest, T-shirts, shirts, tops… But this makes everything easier to see. I get it from my dad. He loves categorising stuff. He’ll do everything one way, and then redo it again in a completely new way just because he loves doing it so much.”

Fani’s dad, Steve 'Sugar' Segerman, is a bit of a hero to anyone who has ever bought an LP in Cape Town, but before I fanboy a little too hard, I’ll stop myself because this piece isn’t about him. Fani deserves her time in the spotlight. And besides, it’s not just the patriarch of the Segerman clan who has a streak of creative genius: Mrs. Segerman works in clay and and makes all sorts of weird and wonderful things; Fani’s sister was a singer back in the day and now, together with her boyfriend, artist Danny Popper, travels the world building installations at music festivals; and then there’s Fani’s brother, drummer for John Wizards. Can you even begin to imagine how much fun Christmas at the Segermans' house must be?

But back to Fani and her magpie style, which is something that she developed by shadowing the best in the business: Richard de Jager, David West and Nicci Thackwell.

“I met Richard de Jager at Evol when I was 15. He told me that he was shooting Vanilla Ice for a Castle Lite ad, and I said that I really wanted to meet him. So Richard got me to assist him and that kind of kicked everything off.”

Still, Fani says that she could never be a full-time stylist. But she phrases it a bit differently…

And then after prodding Fani to dish out some more dirt, she quickly rearranges herself and plants a sweet smile on her face and changes the subject to thrift shops and second-hand clothing because she actually promised herself not to say anything negative in this interview. 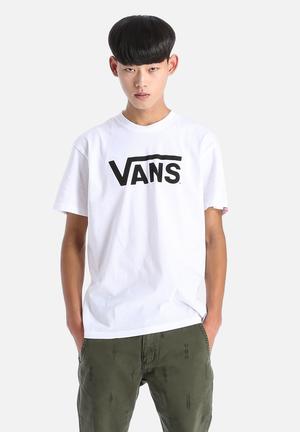 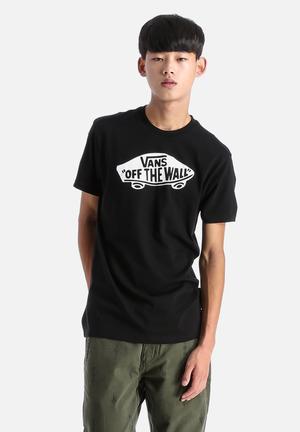 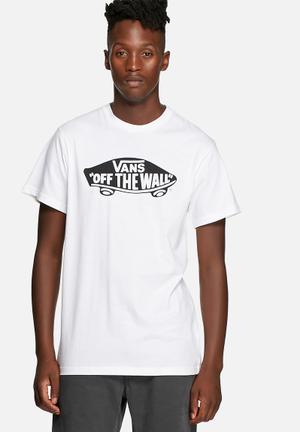 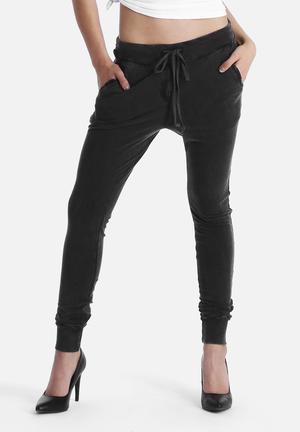 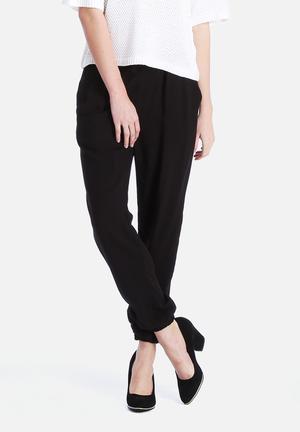 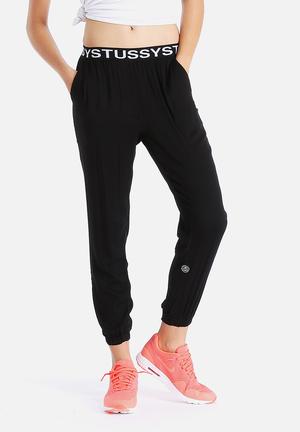 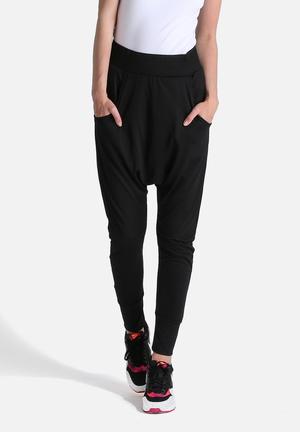 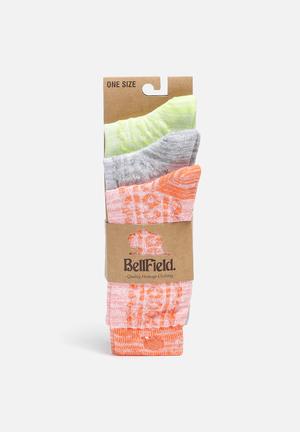 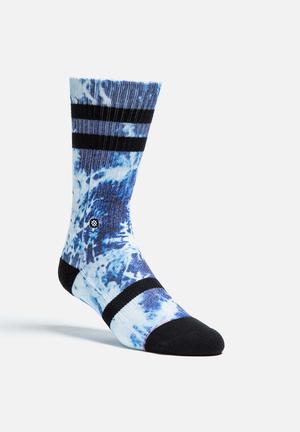 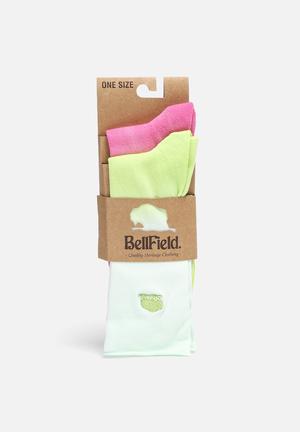 “I’ve always liked to dive into stuff whenever someone throws something out, and I used to go to all the second hand shops around town, but everyone knows about those. No, when we started Crazy White Bitches we’d drive up to Joburg or Durban and go through the piles of stuff behind the station there. Buying black bags full of stuff that were supposed to be for charity, or whatever, but somehow ended up there. There’s some really good stuff, and we’d keep the best for us and then do our own sales and sell through our online shop.”

Fani is a big fan of second-hand, and loves the fact that someone has had a good time in something, that it’s got a story, and isn’t some lifeless, mass-produced thing sitting in a shop.

“Also, I don’t like to spend a lot of money on clothes and second hand clothes are either cheap or free. A lot of my best stuff is actually Woolworths and Truworths from the 90s. I definitely want to keep things for my kids. By then it will be fourth- or fifth-hand, and even if they aren’t into my style I often buy for my styling wardrobe, which saves me from sourcing.”

But what exactly is Fani’s look?

“Not ‘retro funky stylee’, which is how one person described me on the internet. I was like, ‘Should I just give up now?’”

“I wore this out the other night and Wong told me that I look like Ricci Lake. He’s quite rude. But it didn’t hurt my feelings. I just owned it. Like, ok, cool, that’s my look for the day then. I’ll take that. I used to be quite sad about the things people said about me on the internet, but then I figured, it's the internet. Like when I used to date Matt Hichens, we did a Mr Price ad that was more a feature on us, and the comments were so nasty, like, 'Why is Mr Price doing gay couples now?' and, 'That boy is so ugly!'”

If you absolutely must try and put Fani in some sort of box, then No Era is probably the best description for her, and if you’ve never heard of the term, no dramas, we wrote all about it in our guide to No Era, a story in which Fani is quoted.

Alongside a style worth celebrating is a work ethic that’s, frankly, quite intimidating. While doing her third-year in psychology Fani works as a scout-slash-general-brand-manager-slash-producer for My Friend Ned, then she’s also a casting director at Scout’s Honour, and then, in case you haven’t noticed it already, she’s so beautiful she works as a part-time model. Although she's quick to play this down in her self-deprecating way.

“Modeling with My Friend Ned I did some jobs with Coke, Old Mutual, pantyliners… It’s always the same though. I’m always cast as the ‘alternative girl’ or ‘edgy girl in tampon commercial’ that’s my life.”

“Lets not talk about the alien. I have my name and nickname tattooed on me.”

So what’s your real name.

“You don’t need to put that in there.”

And, sure, if you drive a Polo Playa, get white girl drunk at the type of basic bitch club that has a dress code and worry about things like whether your girlfriends have seen you wearing that top already, then Fani might be ‘weird’, but she’s definitely no slacker.

“My mom was like, ‘no more money’ and because I had a lifestyle to maintain I started working at The Bin when I was 15, mainly because I had a crush on Rudi, then waitressed at Royale from 17. I started working as a secretary at Scar because Jodi and Andrew really like me, and they also used me as a hair model because I was up for anything. I’m now with Kelly at Redrum Culture Club, but Scar put me on their billboard, which was something. My mechanic is in that road and couldn’t understand what was going on and I ended up having to sign autographs for everyone in the workshop.”

“Normcore with labels. David West and Young and Lazy. Obviously. Those are the only labels that I wear, actually. These are just, like, black school shoes and these are pretty much the only earrings that I wear. I bought them from the Milnerton market. I feel safe with them. They never let me down. The watch is from my gap year in London. It cost four pounds and doesn’t work but I love it.”

For the final shot of the day, Fani slips into blue velvet, and picks up Baby.

“This is a one-off, Young and Lazy velour tracksuit. With pockets! It was made for a collection that Anees did. Shoes are, like, some sort of Nike slip-ons from Smith and Abrahams, which were a gift from Brad. Brazil, carnival, show girl earrings. No Era! That’s what I was thinking when I put this together. Superbalist inspires me!”

Then Baby the cat climbs onto Fani's shoulders before leaping onto the table behind her, with photographer Nick Gordon displaying his wildlife photography chops and capturing the feline mid flight. Fani laughs her Fani laugh and immediately asks to see the photograph, saying, “Ohmigod, that’s amazing. That’s the profile pic for my life.”

Baby the Cat was a grand gesture from Fani’s boyfriend, who gave it to her after they had a fight, which she doesn’t even remember, because who cares, she got a kitten out of it. So if you’re ever wondering how to get back into Fani’s good books, small animals are her kryptonite.

But it's all too much, there's a cute overload, everything is too sweet, what with Fani in her blue velvet playing with her kitten, Baby, so we decide to leave before someone gets diabetes.